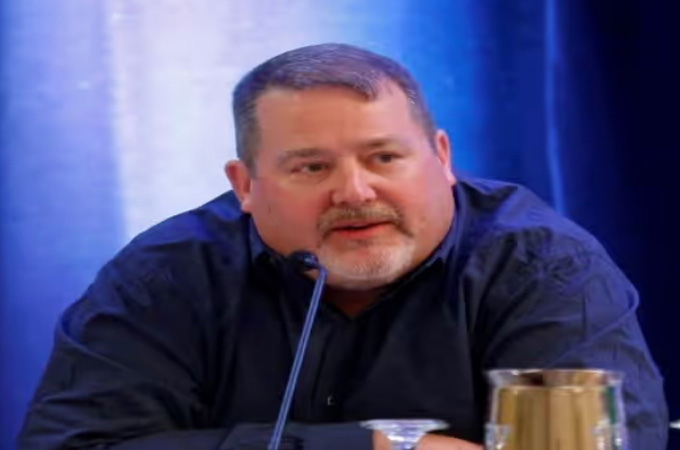 The chief executive of Cenovus Energy said friction between the federal and Alberta governments was making it difficult to hold meaningful discussions on funding carbon capture and storage (CCS) technology needed to decarbonise the oil and gas sector.
Cenovus CEO Alex Pourbaix was speaking on behalf of the Pathways Alliance, a collaboration between Canada's six largest oil sands producers targeting net-zero emissions by 2050. It is planning to develop a CCS hub in northern Alberta, expected to cost C$16.5 billion ($12.3 billion) by 2030.
Of that, the group wants public money to fund 66 per cent, or roughly C$10.9 billion, and says government support would speed up decarbonization and help establish a competitive clean-tech industry in Canada.
So far the federal government has unveiled an investment tax credit worth C$2.6 billion over the next five years, but both Ottawa and Alberta say the other should contribute more.
Alberta's conservative Premier Danielle Smith is a vocal critic of Liberal Prime Minister Justin Trudeau and has slammed many aspects of federal climate policy, accusing Ottawa of trying to cripple the western province's energy sector.
Trudeau told Reuters in an interview earlier this month Alberta was "hesitating around investing in anything related to climate change".
"It's very hard to have meaningful discussions with another party when you're lobbing rocks at each other," Pourbaix told Reuters in an interview.
"I would like to see the temperature turned down a little bit."
Pourbaix said there still needs to be a "significant discussion" between the federal and provincial governments and industry, and Pathways has set a target for that to happen early this year.
"I've had both levels of government telling me that they're supportive of doing that and engaging on that. I think it has not occurred yet to the level it needs to resolve the differences that the groups may have," he added.
Smith must win an election in May in order to remain Alberta's premier.
Asked to comment on the industry's call to tone down political rhetoric, Taylor Hides, a spokesperson in Smith's office, said Alberta's government is willing to invest in CCS and is looking forward to "working with our industry partners" to create jobs.
Keean Nembhard, a spokesperson for the federal natural resources ministry, said the government is looking forward to "continued dialogue with provinces and territories" on the best ways to promote CCS growth, but noted the technology alone is not a "silver bullet" to cut emissions.
Canada is the world's fourth-largest producer of crude, most of which comes from Alberta's oil sands. The oil and gas sector is the country's highest-polluting industry and needs to drastically cut emissions if Canada is to achieve its climate commitments.
'NO TIME TO SLIP'
The Pathways Alliance has already said Ottawa's goal of cutting oil and gas emissions 42 per cent by 2030, equivalent to a 35-megatonne reduction, is impossible.
The group could achieve a 22-megatonne reduction in emissions by 2030, said Pathways President Kendall Dilling, but that depends on key components like public funding being agreed and a smooth regulatory approval process for CCS.
"We don't have time to slip," Dilling said.
"Canada's track record on major infrastructure development in the last decade has been abysmal," he said. "If we run into those same kind of troubles, then 2030 will not be realized."
Another recent source of federal-provincial conflict has been Ottawa's "Just Transition" bill, which Ottawa says is meant to help retrain fossil fuel workers for clean energy jobs, but which Smith says will instead destroy better paying oil and gas jobs.
Pourbaix and Derek Evans, CEO of Pathways member MEG Energy, said their biggest concern is that Alberta will not have enough workers for decarbonizing the oil patch.
"I'm terrified we don't have enough people on our side of the business to get the work done today, let alone what we're planning on doing if we're going to spend C$16.5 billion by 2030," Evans said.
The six companies in the Pathways Alliance, representing 95 per cent of Canada's oil sands production, are Cenovus, MEG, Suncor Energy, Canadian Natural Resources, Imperial Oil and ConocoPhillips. -Reuters
Share