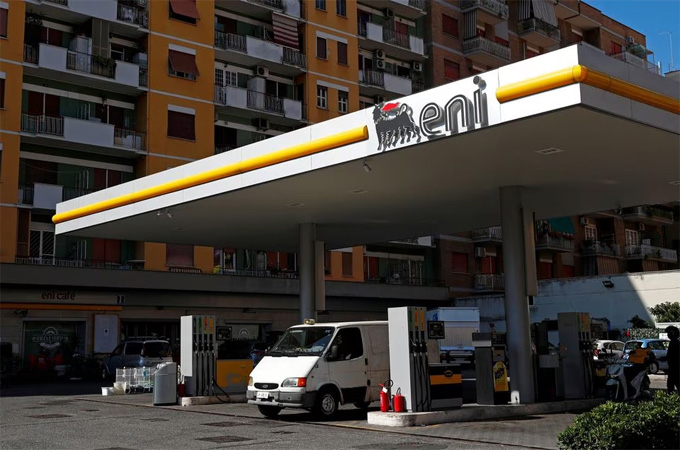 Italy's Eni said total demand for its five-year sustainability-linked bond exceeded 10 billion euros ($10.91 billion), more than five times the maximum amount of 2 billion euros offered by the energy group.
The offer tapped into appetite for debt linked to energy transition targets and showed significant interest from small Italian investors, who were the target of the issuance.
"The success of this initiative has been extraordinary and surprising. It has been for us above all a very strong response in terms of trust from the Italian public," Eni Chief Executive Claudio Descalzi said in a statement.
Eni said it had received orders from more than 300,000 investors, allowing it to close the offer in just five days.
The bond, which was launched last week, will have a gross annual nominal interest rate of 4.3 per cent.
The last coupon payable on February 10, 2028 will be linked to the achievement of sustainability targets related to the reduction of net greenhouse gas emissions in the upstream business and the increase of Eni's renewable capacity installed.
If one of the targets is not met, the interest rate related to the coupon payable at maturity will be increased by 0.50 per cent, the group said.
The bond will be traded on Borsa Italiana's Mercato Telematico delle Obbligazioni (MOT) for bonds. -Reuters
Share