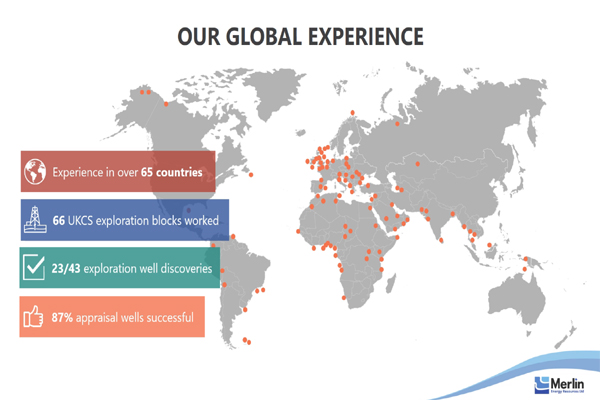 Merlin Energy Resources has completed the landmark PIP-PAD IS16/04 project, “The Standard Stratigraphic Nomenclature of Offshore Ireland: An Integrated Lithostratigraphic, Biostratigraphic and Sequence Stratigraphic Framework”.
The project, commissioned and funded by the Irish Shelf Petroleum Studies Group (ISPSG) of the Petroleum Infrastructure Programme (PIP), was carried out by a consortium of companies.
Led by Merlin Energy Resources, the consortium included Network Stratigraphic Consulting, Riley Geoscience, Integrated Geochemical Interpretation, and Dunford Exploration.
The project was mentored by the Petroleum Affairs Division (PAD) of Ireland’s Department of Environment, Climate and Communications.
Any geoscientist who has worked at the Irish offshore basins to date is acutely aware that a standard stratigraphic nomenclature had not been previously available. However, with the completion of this project, this identified gap has now been filled.
The main project deliverable is a large format illustrative Atlas, which documents new lithostratigraphic, chronostratigraphic, biostratigraphic and sequence stratigraphic frameworks for drilled Phanerozoic section of the Ireland offshore region.
The new stratigraphic framework is summarised in the accompanying chronostratigraphic chart.
The Atlas incorporates over 1,000 pages of A3 format text, and is copiously illustrated with 444 figures plus 197 well and borehole summary (composite) logs.
The database for the study included all legacy stratigraphic data from 264 released wells and boreholes. In addition, a number of UK wells that are close to the median line with Ireland, have been tied to the evaluations. Furthermore, a significant amount of new biostratigraphic data was generated by additional sample analysis from key wells and intervals.
A total of 309 lithostratigraphic units (groups, formations, members, units) are described and illustrated by type and reference wells, distribution maps and ties to seismic data. Some 196 new lithostratigraphic names are introduced in the Atlas.
Correlations and comparisons are made between the newly defined offshore Ireland stratigraphy and that of the UK offshore, UK onshore, North Sea and offshore Eastern Canada regions.
As a result, UK lithostratigraphic nomenclature has been applied to offshore Ireland rock units, where subsurface contiguity can be demonstrated, accordingly, 63 previously existing names are utilised from the UK.
An extensive database of 3D and 2D seismic data was interpreted, leading to the recognition of a set of 60 consistently defined and named seismic horizons. These are illustrated in a set of 10 regional seismic lines and 55 figures showing seismic to well ties across the region. In addition, the seismic evaluation, combined with gravity data interpretation, has led to a revision of the structural elements for the region.
A regional evaluation of source rock potential has identified 21 formations with hydrocarbon generation potential based on the newly developed stratigraphy. The 16 proven hydrocarbon reservoir units in all known fields and discoveries offshore Ireland are formally named and described, and their distributions mapped.
The illustrative Atlas and summary overview report from the project will shortly be made freely available as a special publication by the Petroleum Affairs Division (PAD) of Ireland’s Department of Environment, Climate and Communications. A set of 197 well and borehole stratigraphic summary log images is provided within the Atlas. All maps generated in the project are available in an ArcGIS database.
Dr Philip Copestake, Project Manager and Atlas Editor, at Merlin Energy Resources, said: “We are delighted to announce the completion of this landmark project. The data and interpretations that it contains represent probably the most detailed, publicly available, consistently interpreted subsurface data set for any offshore area globally. I acknowledge the foresight of the PAD and ISPSG members in releasing this data set into the public domain so soon after completion.”
Clare Morgan, Head of Technical Section, Petroleum Affairs Division, Department of Environment, Climate and Communications said: “It had been recognised for some time that it would be important to establish a formal, rigorous and publicly available system for naming geological units offshore Ireland which would better enable data analysis and interpretation.”
This multi-year study, initiated by the Petroleum Affairs Division, which was commissioned and funded by the Petroleum Infrastructure Programme, is a milestone project. The illustrative deliverable provides a reference tool for all geoscientists working Ireland’s offshore basins, whether industry, researchers or government-based and this unique document will be utilised for many years and decades into the future. As Ireland moves away from hydrocarbons to offshore renewable energy development, the repurposing of the knowledge from the oil and gas industry to the renewable energy industry, such as provided in this study, is hugely beneficial.” –Tradearabia News Service
Share