India’s transition from fossil-fuel to green-energy on track, says minister 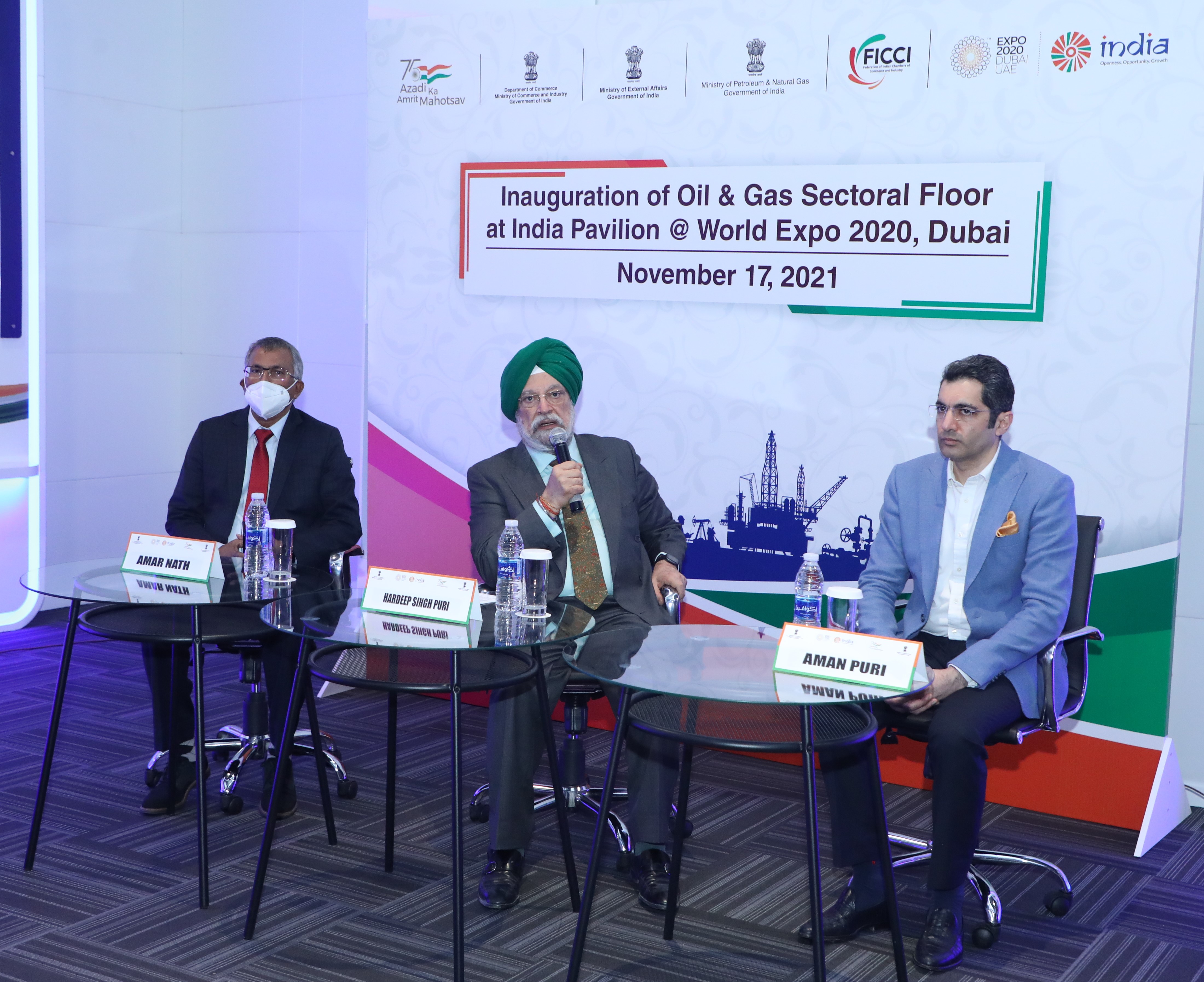 India is on track with its transition from a fossil-fuel based to a green economy and the oil companies are facilitating that, said the country's petroleum and natural gas minister, after inaugurating his ministry section within the Indian pavilion at the Expo 2020 Dubai.
India, under the leadership of Prime Minister Narendra Modi, is on track with its transition from a fossil-fuel based to a green economy, said the Minister of Petroleum and Natural Gas & Housing and Urban Affairs Hardeep Singh Puri.
Puri was speaking to media after inaugurating the Ministry of Petroleum and Natural Gas section of the India pavilion at the Expo 2020.
"What is happening in India is truly remarkable. In the coming decades, the transition from a fossil-fuel based economy to a green economy will come from within the existing structure and the oil companies will facilitate that," stated the minister.
Lauding the strategic relationship India enjoyed with the UAE, Puri invited the GCC countries and other big players in the region's oil and gas sector to invest in the ongoing development projects and participate in this transition.
He said the real rowth will now come from India. "If there is opportunity in the world, it is in India. We are extending an open invitation to everyone operating in the oil and gas sector to come to our country. The transition from fossil-fuel to green energy has to be organised in a way that, it is a win-win for all," he added.
Puri said India was moving ahead with its plans on bio-fuel and green energy. "In 2014, when Modi became Prime Minister, only 1% or less than 1% of ethanol blending was taking place. But today we are already at 8.5%," he noted.
"I am sure that the 2030 target for 20% ethanol blending, which we have now brought forward to 2025, would lead to 20% blended fuel being available at the pump, I think from January 2023," added Puri.
The visiting minister said that Expo2020 was a huge opportunity to strengthen Indo-UAE relationship. "It is taking place at a very interesting time, India is celebrating 75 years as an independent country. And very soon the UAE, which is a close friend, and a strategic partner will also be celebrating 50th year of its foundation," he added.-TradeArabia News Service
Share