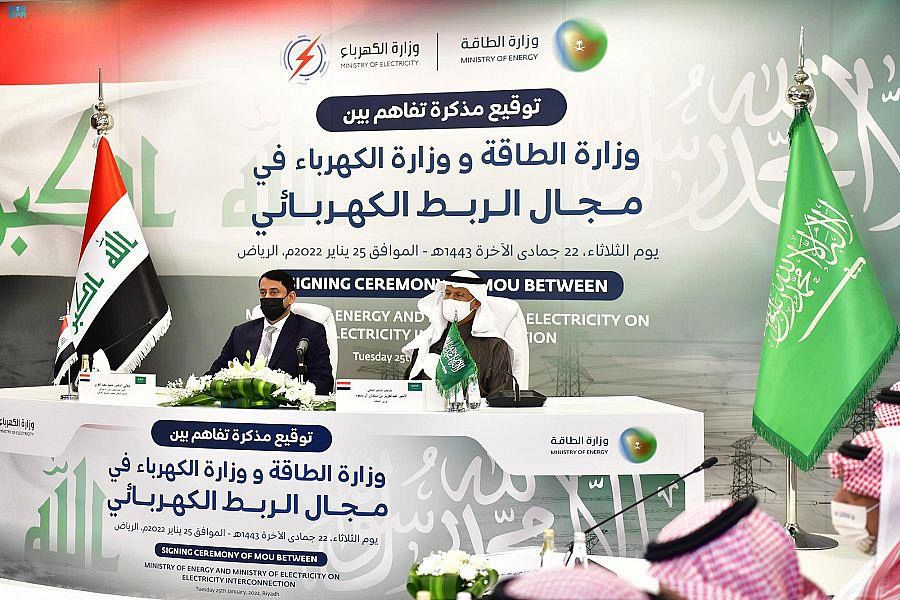 Saudi Arabia, the world's largest crude oil exporter, has signed an agreement with regional neigbour and leading oil producer Iraq for the speedy implementation of powergrid interconnection.
Saudi Arabia will aim to "achieve optimal investment" in the electrical connection with Iraq, stated the kingdom's Energy Minister Prince Abdulaziz bin Salman said during a virtual signing ceremony.
"This comes in implementation of the directives of the leaderships of the two countries, by taking everything that would strengthen the relations and the strategic partnership between the two countries in all fields," stated Prince Abdulaziz after signing the MoU with Acting Iraqi Minister of Electricity Engineer Adel Karim, in the presence of Iraqi Oil Minister Ihsan Abdul Jabbar virtually and Secretary-General of Iraqi Council of Ministers and National Coordinator of the Iraqi-Saudi Coordination Council Dr. Hamid Naim Al Ghazi.
On the deal, Adel Karim said the link-up would be completed within two years.
This project comes within the framework of the kingdom's Vision 2030 and its executive programmes.
Share