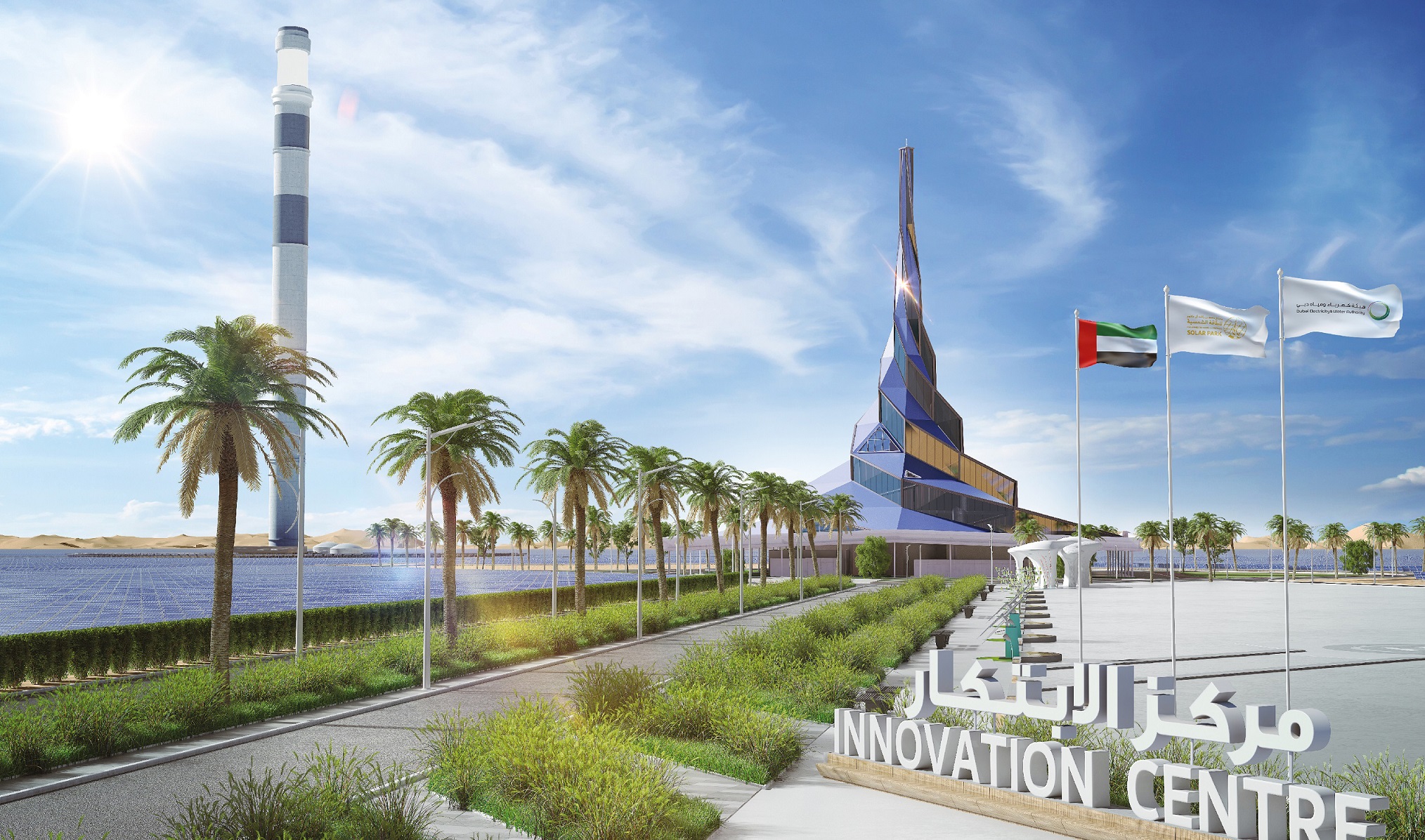 Dubai Electricity and Water Authority (Dewa) has announced that Mohammed bin Rashid Al Maktoum Solar Park, the largest single-site solar park in the world being built at an investment of AED50 billion ($13.6 billion), will help Dubai achieve net-zero emissions by 2050.
The solar park has a planned capacity of 5,000 megawatts (MW) by 2030 and once completed, it will reduce over 6.5 million tonnes of carbon emissions annually.
According to Dewa, the solar park hosts two pioneering projects - The Innovation Centre and the R&D Centre.
The Innovation Centre supports Dewa's efforts to enhance innovation and creativity in clean and renewable energy and raise awareness on sustainability, in addition to strengthening national capabilities and enhancing business competitiveness.
It also provides visitors with a unique experience to explore the latest innovations in clean energy technologies, said the statement from Dewa.
The R&D Centre supports Dewa's efforts to anticipate the future, develop proactive, long-term plans to keep pace with the Fourth Industrial Revolution by developing disruptive technologies.
It has the largest and most comprehensive solar testing and certification facility in the UAE, and it operates the longest continuous testing of photovoltaic panels in the UAE in desert climate conditions, it added.
Saeed Mohammed Al Tayer, MD and CEO of Dewa, said the regulatory frameworks in Dubai, which enable the private sector to take part in energy production projects in Dubai, have encouraged international investors and developers to participate in the solar park's projects, which Dewa is implementing using the Independent Power Producer (IPP) model.
"We have attracted investments of around AED40 billion through this model in public-private partnerships. The project also received the lowest solar energy prices (Levelised Cost of Energy) globally five consecutive times, making Dubai a global benchmark for solar power prices," he added.
According to him, the current capacity at the solar park is 1,527MW using photovoltaic solar panels.
"We are implementing more projects with a total capacity of 1,333 MW using solar photovoltaic and Concentrated Solar Power (CSP), in addition to future phases to reach 5,000 MW by 2030. The clean energy capacity share is currently around 11.4 percent of Dubai's energy mix, and is expected to reach around 14 percent by the end of 2022," added Al Tayer.
Share