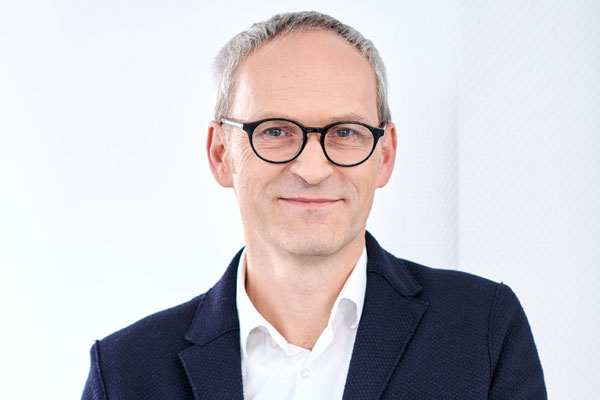 Siemens Gamesa, a global leader in the wind power industry, has appointed Tim Dawidowsky as its new Chief Operating Officer.
Dawidowsky, who has been a member of the Board of Directors of Siemens Gamesa since 2020, joins the company on May 5 from Siemens Energy where he was serving as Senior Vice President, Project Excellence.  In this new role, Dawidowsky will be based in Madrid.
In a career spanning more than 28 years in the Siemens group of companies, across a range of engineering and manufacturing sectors, Dawidowsky has held leading functional positions in service, supply chain management and manufacturing as well as a number of CEO roles in different countries.
He joined Siemens AG in 1993 after graduating from the Technical University of Berlin with an MSc in Industrial Engineering and Business. Since then he has worked across numerous industrial sectors including oil and gas, marine, steel, mining, pulp and paper, traffic systems, power generation and transmission.
His career has covered postings in multiple German cities as well as Austria and China.
Between 2012 and 2015 he was CEO of Siemens AG’s Transmission Solution business unit, where he led the unit from a restructuring program back to profitable growth and market leadership.
A similar turnaround was effected at the Large Drives business unit, where Dawidowsky acted as CEO between 2015 and 2019, restoring a loss-making business to profitable growth.
Lauding the appointment, CEO Jochen Eickholt said: "Dawidowsky has the ideal blend of skills and experience for this role in Siemens Gamesa right now. He has a proven track record of effecting successful turnarounds in businesses operating in complex circumstances like those we are facing."
"His expertise in supply chain management, procurement and project management will be very important for us given the huge challenges we face in that area right now. This is a critical appointment for Siemens Gamesa and I am pleased we have been able to attract such a high caliber executive," noted Eickholt.
During the past two years at Siemens Energy, Dawidowsky has been responsible for establishing world-class Project Management practices ensuring excellence in project execution. He will undertake similar programs at Siemens Gamesa, he added.
On his new role, Dawidowsky said the wind energy industry is a vital element in the energy transition and the battle against climate change, but at the moment the manufacturing sector is facing a perfect storm of issues that are threatening its progress.
"I am really excited about joining this challenge and helping to solve these issues so that we can unleash the full potential of Siemens Gamesa, and return it to leadership in this industry," he added.
Following his move, he will step down from the Siemens Gamesa Board of Directors and a replacement will be announced in due course.-TradeArabia News Service
Share