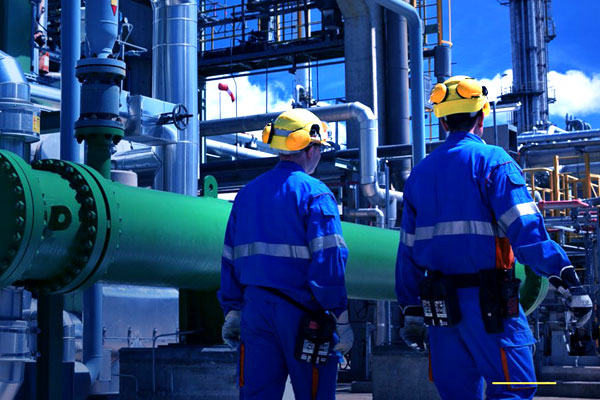 Saudi oil giant Aramco has announced that its base oil subsidiary, Luberef, has won approval from the kingdom’s stock market regulator, Capital Market Authority (CMA), to launch its an initial public offering (IPO) and list its shares on the main market of the Saudi Stock Exchange.
A key Aramco unit, Luberef (formerly Saudi Aramco Lubricating Oil Refining Company) makes base oils used in lubricants for motor vehicles, ships and industrial machinery.
Following the CMA nod, Luberef will be offering investors 50.045 million shares which is equivalent to 29.656% of its share capital by way of a sale of existing shares by Jadwa Industrial Investment Company, said a statement from Aramco.
The shares will be offered for subscription to individual and institutional investors, including institutional investors outside the US in offshore transactions in accordance with Regulation S under the US Securities Act of 1933, as amended (the Securities Act).
A maximum of 12.5 million ordinary shares, representing 25% of the total offer shares, will be allocated to individual investors.
The Saudi oil giant said made it clear that it will not sell any of its shares in the offering and will continue to own 70% of Luberef’s share capital following the IPO.
The final pricing of the offer shares will be determined at the end of the book-building period, it stated.
Announcing the IPO plans, Luberef Board Chairman Ibrahim Qassim Al Buainain said: "We are an integral part of Saudi Arabia’s supply chain and a driving force in the kingdom’s industrialisation ambitions."
"The company’s listing on the main market of Saudi Exchange adds an important strategic dimension to our growth strategy, while facilitating the firm's vision to be the leading supplier of premium base oils and specialty products," he noted.
President and CEO Tareq Alnuaim said: "Luberef’s IPO supports its growth ambitions, and is expected to strengthen its already competitive business and unlock new opportunities for its stakeholders. Since its establishment, Luberef has built a robust reputation for delivering high-quality base oil products in the Kingdom of Saudi Arabia and beyond, while creating value for all its stakeholders."
"As we have done in the past, Luberef will continue focusing on achieving growth in key end-markets, especially where market dynamics present attractive demand outlooks," he noted.
Tariq Al Sudairy, Managing Director & CEO of Jadwa Investment, said: "We are proud to have been part of Luberef’s success story. Since our investment in 2007, we have worked closely with the Luberef management team and our partners at Saudi Aramco to support the company’s journey to become one of the largest base oil producers in the world."
"We are delighted to celebrate the opportunities that this milestone presents for Luberef and for Saudi Arabia’s capital market," he added.
Luberef was incorporated in 1976 as a pure play base oil producer and currently operates two production facilities strategically located on the west coast of the Kingdom in Yanbu and Jeddah.
The company has signed up SNB Capital Company, HSBC Saudi Arabia, Citigroup Saudi Arabia and Morgan Stanley Saudi Arabia to act as joint financial advisors, bookrunners, global co-ordinators and underwriters. In addition, it has appointed SNB Capital Company as lead manager.
Moelis & Company UK has been appointed as an independent advisor to Saudi Aramco.-TradeArabia News Service
Share