UAE plans to reach 14GW of renewable energy by 2030 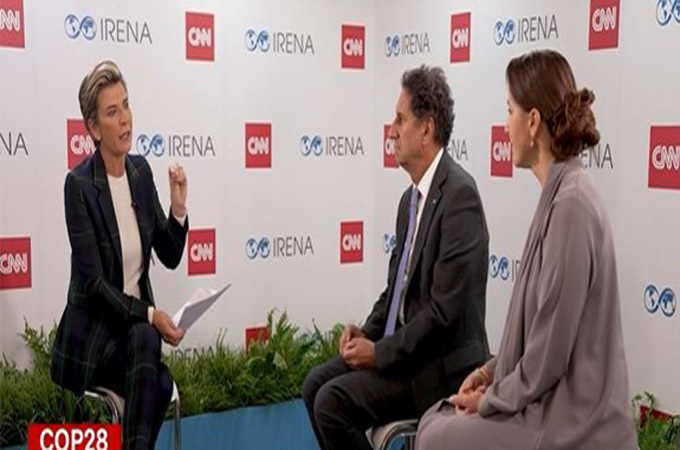 The UAE has ambition to 14 gigawatts (GW) of clean energy by 2030, while continuing to supply oil and gas responsibly, said Climate Minister Mariam Almheiri in an interview with CNN.
“When I talk about the UAE, we have targets; we've set clean energy targets already for 2030 and 2050. So, we're now at about 9.2 gigawatts, we're heading to 14 gigawatts by 2030. And by 2050, 50 per cent of our energy supply will come from clean and renewable energy sources,” Almheiri told CNN anchor and correspondent Becky Anderson in the interview.
She said the UAE is ramping up renewables and decarbonising. "It also understands that since the world still will need oil and gas, we will be delivering oil and gas, but delivering it in a responsible way. This is the transition as we go to a world with more renewables," Almheiri added.
In order to combat climate change and the energy crisis, Francesco La Camera, Director General of the International Renewable Energy Agency, emphasised the necessity of acting quickly and building an infrastructure.
Camera said the industry needs to be disruptive to create an infrastructure for a new energy system quickly. –TradeArabia News Service
Share