KPC eyes $20bn in funding over next 5 years

MUSCAT: State-owned Kuwait Petroleum Corporation (KPC) plans to borrow as much as $20 billion over the next five years to make up for an expected shortfall in funding.

The company remits almost everything it generates from crude sales to the Opec member’s government. It then gets reimbursed in installments to fund capital expenditure, mainly for upstream operations and investments in oil fields, it stated.

The firm may face a deficit of KD6 billion ($20 billion) over five years, though it hopes to minimise the gap by becoming more efficient, reported Bloomberg.

KPC plans to cover the shortfall by issuing debt, including on international markets. The situation will be reviewed every six months to assess the company’s needs and borrowing costs, said the report citing the source.

The government faced a cashflow crisis and it instructed KPC to transfer more than KD7.5 billion in dividends to the Treasury, but which the Supreme Petroleum Council had previously said could be retained.

RIYADH: The Saudi Water Conversion Corporation (SWCC) has created a new Guinness world record for the lowest energy consumption for a water desalination plant with 2.27 kW/h per cu m of desalinated water.

"Our objective is to supply high-efficiency, low-energy consuming and flexible desalination plants, by utilizing the efforts of our national cadres who were at the center of this new global record that enhanced the operational efficiency and reduced energy consumption to unprecedented levels," said a company spokesman.

"The new eco-friendly reverse osmosis plants were designed using the latest global standards, and will complement the supply chain and further reduce operational costs," he stated.

"The entire system is operated by an integrated control system employing the latest technologies and specifications and is highly mobile given the ease and flexibility of the assembly process of its various units, he added.

MUSCAT: Petroleum Development Oman (PDO) has signed service contracts worth $4 billion covering project delivery and maintenance and integrity work in the North and South of its concession area.

The agreements with Arabian Industries Projects and Special Technical Services encompass the design and execution of more than 200 on-plot projects and will run for seven years with an optional three-year extension.

Over 70 major continuous improvement ideas were generated during workshops to incentivise high performance and optimise efficiency, ICV and delivery and embedded into the contracts. 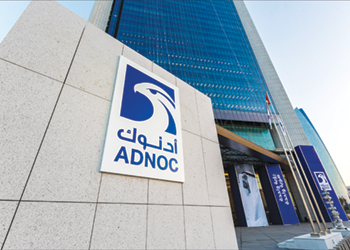 Adnoc commits itself to ‘Make it in the Emirates'