The oil and gas industry in the era of climate change 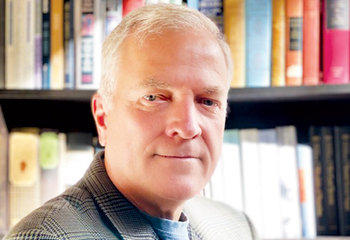 There is near universal agreement that we should avoid drastically changing the climate, but almost no one is volunteering to forego the benefits of a high energy-consuming economy, Wake Smith, lecturer at Yale University, tells OGN

On the issue of climate change, the oil and gas industry is in a tricky position.

On the one hand, it is an energy bridge that can help wean the world off coal – the most carbon intensive and climate destructive of our primary energy sources.

On the other hand, once coal is retired, oil and gas (or, at least, the emissions they produce) must themselves be eliminated from our energy mix if we want to stop warming the planet.

And yet none of this can be done until the world has developed and scaled alternative energy sources that are non-emissive.

There is near universal agreement that we should avoid drastically changing the climate, but almost no one is volunteering to forego the benefits of a high energy-consuming economy. Moreover, not all the large forces at play are pulling in the same direction.

While increasing the proportion of renewables in our energy mix and squeezing more efficiency out of each BTU of energy consumed are both virtuous trends, the world population is still growing.

If we swell from roughly 7.6 billion souls on the planet today to 10 or 11 billion by the end of the century, we should expect demand for energy to rise by a third or more as well, all things being equal.

And all things won’t be equal. The areas where population is rising fastest – Africa, South Asia, Latin America – are those with the lowest energy consumption per capita. Those people don’t seek to use less energy; they want to join the energy carnival that makes life so comfortable in Europe, North America, and Northeast Asia.

Therefore, the path to net-zero emissions is unlikely to be a straight or rapid one. Fossil fuel demand may further rise before it begins to fall, and if the share of coal in that mix is meant to tumble, then the near term replacement may entail more oil or gas as well as renewables. The point is, we must plan for a world that someday needs little or no oil or gas, but not anytime soon.

Finding non-emitting replacements for what remains more than 80 per cent of our primary energy mix while aggregate demand continues to grow is a much heavier lift than many climate optimists imagine.

That in turn has important ramifications for the climate destination to which we are likely headed.

While the Paris Agreement urges the world to limit climate change to 1.5 or 2 deg C above the late 19th century baseline, those goals can only be met via a rapid and complete phase out of all fossil fuels unless their emissions are captured before they enter the atmosphere.

If instead fossil fuels continue to provide a large part of the world’s primary energy supply until later in this century, then we are likely on a more nearly 3 deg C pathway.

To be clear, 3 deg C of climate change would dramatically impact ecosystems and human civilizations, reconfiguring not only the world’s coastlines but also the winds and ocean currents that inform the local climates all over the world.

The distribution of rainfall on the planet would likely change dramatically, thereby shifting the regions in which agriculture is feasible.

If marginally productive agricultural areas become arid by the end of the century that could drive migrations of a magnitude never before contemplated.

Despite the seeming inexorable need for a continuing flow of cheap, reliable fossil fuel energy, we may be exporting dire environmental consequences to our great grandchildren.

Should we be doing more? It depends on whom you ask. If you could somehow ask our great grandchildren, their answer would be obvious and emphatic.

But if you instead poll the current generation of drivers or homeowners anywhere in the world as to whether they want to pay more for gasoline or home heat, the answer will be equally predictable.

WHAT SHOULD BE THE SPEED OF TRANSITION?

A faster transition can only be made if the current generation is willing to undertake greater economic sacrifice on behalf of the unborn, and that is proving to be a tough sell.

Moreover, the climate problem doesn’t end once we arrive at net zero. That is merely the point at which it will stop getting warmer. But it won’t thereafter get cooler for centuries. Once emitted, CO2 hangs around for a long, long time.

So what will our great grandchildren do if they arrive at the net-zero year only to realise that we have exported to them a ruined climate? It’s too late to stop emissions; we would by then already be at net zero.

Adaptation in the form of more air-conditioners and great seawalls can help, but only to a point. Climate migration may save people from starvation, but only at huge societal costs for both the source and the target nations.

Broadly, our successors on the planet are likely to do two things. We should expect them to try to repair the climate by sucking carbon back out of the atmosphere and burying it deep underground – ironically where we got it from when we drilled for oil and gas.

The technologies for the capture, step in carbon capture and storage, are extant but immature and almost entirely unbuilt. This could be addressed, but at a huge cost.

Sucking carbon back out of the atmosphere at the rate we are now emitting it would carry a price tag roughly equal to the size of the entire fossil fuel industry today – several trillion dollars annually.

Imagine the irony of future generations paying the same amount to rebury our carbon that we spent to dredge it up. And yet, if they want temperatures to decline in a century or two rather than a millennium or two, they may be forced to do exactly that.

The immediate post-net zero generation might undertake that planetary toxic waste clean-up effort on behalf of their great grandchildren, but that wouldn’t much cool the planet during their lifetimes.

What if they want it cooler more-or-less immediately, perhaps to forestall climate migrations by a billion or more people? What alternatives would they have?

For better and perhaps worse, the best idea on offer for that is solar geoengineering, whereby huge quantities of aerosol particles would be deployed in the lower stratosphere to reflect out 1-2 per cent of the incoming sunlight, thereby cooling the earth in exactly the same way that large volcanic eruptions occasionally do.

It seems reasonably clear that this would cool the earth, and that it is industrially feasible.

Unlike carbon capture, this would be eye-wateringly cheap – tens of billions annually rather than single digit trillions.

But the unanticipated physical impacts that might additionally flow from this attempt to play god within the climate system are almost entirely unexplored.

And the degree of one-world government necessary to steer and control either this or a multi-trillion dollar carbon capture industry are like nothing the world has ever contemplated.

Nonetheless, if the lives and livelihoods of billions of people are at stake, humanity may be compelled to find a way. Which is why the Russian invasion of Ukraine is of such concern to the climate community.

If the world hereafter cleaves into opposing political blocs, what hope is there that we could meaningfully come together to implement the sorts of climate interventions contemplated above? Or for that matter, reach net-zero in the first place?

The climate problem is in some ways a real-world version of so many science fiction plotlines that posit humanity contending with an external threat from an alien invasion or asteroid collision.

Perhaps the common threat calls forth the better angels of our collective nature such that we can lock arms and fend off the foe. But the past does not provide many hopeful precedents.

Clearly the safer path would be to avoid summoning the demons in the first place and hasten the path to Net Zero. I expect our great grandchildren would be most appreciative.

* Wake Smith is a lecturer at Yale University, where he teaches a course on the topic of Climate Mitigation, the syllabus of which forms the basis of his new book, Pandora's Toolbox: The Hopes and Hazards of Climate Intervention. In his book, Smith offers readers an accessible and authoritative introduction to both the hopes and hazards of some of humanity's most controversial technologies, which may nevertheless provide the key to saving our world.

The oil and gas industry in the era of climate change