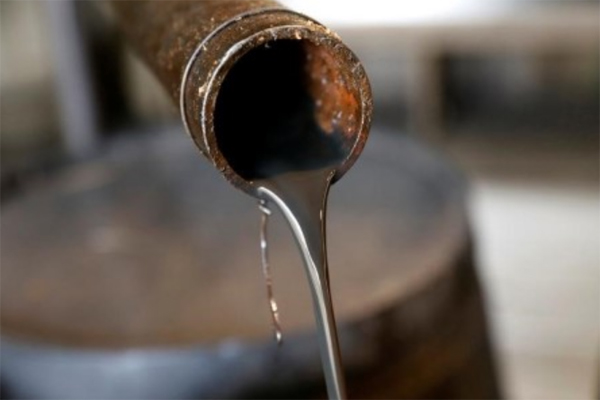 Oil prices dropped more than 2 per cent on Thursday in a volatile week as recession fears dogged global financial markets, outweighing supply concerns and geopolitical tensions in Europe.
Brent crude was down $2.26, or 2.1 per cent, to $105.25 a barrel at 0903 GMT. WTI crude fell $2.45, or 2.3 per cent, to $103.26 a barrel.
Oil prices are under pressure this week, along with global financial markets, amid jitters over rising interest rates, the strongest US dollar in two decades, concerns over inflation and possible recession.
Prolonged COVID-19 lockdowns in the world's top crude importer, China, have also impacted the market.
"Those recession concerns are drumming louder and taking oil lower this morning," said Howie Lee, an economist at Singapore's Oversea Chinese Banking Corp, pointing to strong US consumer price index (CPI) data on Wednesday.
US headline CPI for the 12 months to April jumped 8.3 per cent, fueling concerns about bigger interest rate hikes, and their impact on economic growth.
"Soaring pump prices and slowing economic growth are expected to significantly curb the demand recovery through the remainder of the year and into 2023," the International Energy Agency (IEA) said on Thursday.
"Extended lockdowns across China ... are driving a significant slowdown in the world’s second largest oil consumer," the agency added.
However, supply concerns stemming from Russia's invasion of Ukraine have bolstered the market, with prices rising over 35 per cent so far this year. A pending European Union ban on oil from Russia, a key EU supplier of crude and fuels, could further tighten global supplies.
The EU is still haggling over the details of the Russian embargo. The vote needs unanimous support, but it has been delayed as Hungary opposes the ban because it would be too disruptive to its economy.
"The proposed oil embargo ... is expected to make the underlying oil balance even tighter than it already is, especially on the product front. Implementing these sanctions, however, is an arduous task," PVM analysts said.
On Wednesday, oil prices jumped 5 per cent after Russia sanctioned 31 companies based in countries that imposed sanctions on Moscow following the Ukraine invasion.
That created unease in the market at the same time that Russian natural gas flows to Europe via Ukraine fell by a quarter. It was the first time exports via Ukraine have been disrupted since the invasion.
Price gains have been limited by worries about demand destruction in China, as it attempts to curb the spread of the coronavirus.
In the United States, commercial crude inventories rose last week because of a record release of oil from the US strategic reserves, but gasoline stockpiles declined ahead of the peak summer driving demand season, the Energy Information Administration said on Wednesday. --Reuters
Share