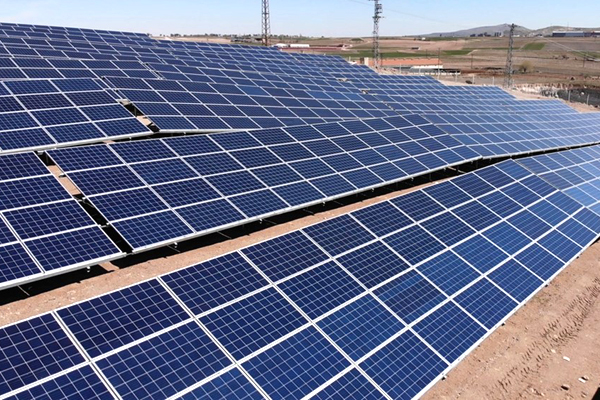 Emirates Water and Electricity Company (Ewec) has issued request for proposals (RFP) to qualified companies and consortiums that had expressed interest in developing the Al Ajban solar photovoltaic (PV) independent power project at Ajban in Abu Dhabi.
A leading company in the integrated coordination of planning, purchasing, and supply of water and electricity across the UAE, Ewec said a total of 43 companies and consortiums had submitted expressions of interest (EOIs), while 19 of them had made it to the RFP stage after submitting statements of qualification.
Al Ajban is a greenfield solar PV plant with a capacity of 1,500 MW that can generate enough electricity to power approximately 160,000 homes across the UAE.
Once commercially operational, it is expected to reduce Abu Dhabi’s CO2 emissions by up to 2.4 million metric tonnes per year besides increasing the solar energy capacity on the Abu Dhabi system to approximately 4GW.
According to Ewec, the winning developer/developer consortium will be responsible for the financing, construction, operation, maintenance and ownership of the plant, and associated infrastructure.
It will also get to own up to 40% of the entity, while the remaining equity will be held indirectly by the Abu Dhabi government, it stated.
Together with the two previous large-scale solar projects tendered by Ewec - Noor Abu Dhabi and Al Dhafra projects - the Al Ajban solar PV will play a pivotal role in enabling the UAE Net Zero by 2050 strategic initiative as well as UAE Energy Strategy 2050.
Ewec CEO Othman Al Ali said: “Increased solar power generation is a key pillar in our strategic plan to fundamentally transition our energy generation to a low carbon system. There has been a strong level of interest expressed in this key project so far, and we look forward to seeing proposals from pre-qualified companies and moving to the next stage of development."
"Al Ajban will become the third world leading solar power project created by Ewec, making Abu Dhabi and the UAE home to the three largest single-site solar power plants in the world," he added.
According to him, the developer will enter into a long-term power purchase agreement (PPA) with Ewec, the single buyer of power and water capacity and output in Abu Dhabi.
The PPA will be structured as an energy purchase agreement whereby Ewec will pay only for the net electrical energy supplied by the plant, he added.
The deadline for submitting RFPs has been set at end of March-TradeArabia News Service
Share