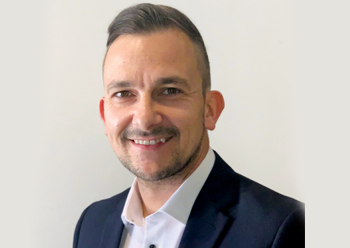 'We want to turn Proserv into a service partner for the kingdom and maximise the amount of support we can potentially give, not only to Aramco, but the EPC companies as well,' Chris Chambers, GM for Saudi Arabia, Proserv Controls, tells OGN

At the end of 2020, as the world was still embroiled in the daily challenges of the pandemic, Proserv Controls, the Aberdeen-based controls technology company, was busy laying down a proactive strategy for ramping up its activities in Saudi Arabia.

A key part of this has been the appointment of a new General Manager for the Kingdom, Chris Chambers, someone who has spent more than a decade in the Arabian Gulf, and who has worked closely with Saudi Aramco.

Proserv has built a global reputation around cutting-edge solutions aimed at maximising performance and extending the life of assets, whether subsea or topside.

In the Middle East, it has spent years developing its footprint across all the key producing nations, with four facilities in three countries, enabling it to support operations right across the entire Mena region, from Iraq to Libya.

The firm has fashioned a burgeoning maintenance support business, based around a forward-thinking service template, which taps into Proserv’s large installed base of legacy equipment across the peninsula, and what it calls being 'OEM agnostic', or being able to maintain and repair the kit of any original equipment manufacturer. Its agility and knowhow has seen it become a trusted service partner of Adnoc.

Unsurprisingly, Chambers’ core aim is to push that model into Saudi Arabia: 'We want to go in a clear direction, turning Proserv Saudi into a service partner for the kingdom. Previously, we were focused more on new build equipment, and we still want to maintain that revenue stream, but my job is to maximise the amount of support we can potentially give, not only to Aramco, but the major engineering, procurement and construction (EPC) companies and, some of the major service outfits as well,' he tells Abdulaziz Khattak of OGN.

For Chambers, securing large control system upgrade wins, both onshore and offshore, alongside long-term two or three-year maintenance and calibration contracts for some of the larger service companies will be key to building a growing business.

He pinpoints Aramco’s offshore activity where the Gulf’s leading producer is upgrading its installations, including its control systems, and performing tiebacks.

He adds: 'Basically, we want to broaden and diversify the number of customers we have, alongside one or two core major clients. Strategically, every firm wants to build up its backlog, in a sense insulate the business, and ensure it doesn’t have all its eggs in just a few baskets.'

Chambers foresees a scenario where his team responds with agility, moving smoothly from one contract to the next, yet has the breadth of capability in the market that it can solidify a long-term sustainable and visible pipeline of future work that he can use to accelerate the growth of the business forwards.

Proserv’s own analysis estimates that the service market in Saudi Arabia alone could be worth as much as $4.5 billion by 2030, while Aramco is predicted to have well over 15,000 active wells by the same time – 50 per cent spike on current levels.

Proserv’s current main activities in Saudi include its sampling offering, which recently earned a strategically significant and valuable deal in the kingdom, as well as the manufacture, upgrade and maintenance of wellhead control panels, in addition to its present service support.

Chambers says the wider Proserv Middle East team is genuinely excited about the potential of the market and its own Saudi offering. 'Basically, in Dammam we have pretty much the same capability that we have in Abu Dhabi. We've got some real core strengths around hydraulic control systems, and we have the ability to mobilise people quickly onshore and offshore. That sort of experience is really helping us, and we are seeing a general uptick in the wider market now. Since the first quarter we've seen a real lift in requests for quotes, so it's been really positive.'

The firm’s service support team is renowned for its ability to fabricate a solution if remedial intervention is not enough and this has given it an attractive extra dimension for its customers in the UAE, and Chambers emphasises its equal importance in the kingdom too.

'Having a full suite of capabilities down here is massive, and while we are focusing very much on the service, maintenance, upgrade market, you still need that kind of capability to deliver new equipment, to provide an alternative outcome for a client, and to feed both your installed based and your aftermarket activities for years to come.'

Chambers explains that new builds represent a buoyant and competitive space, pointing out manufacturing awards for equipment such as the company’s wellhead control panels and hydraulic power units provide a significant bottom line from which the team can springboard into multiple areas, including rental.

He says: 'The rental market is also vital for us: we rent pressure test pumps, flushing units and sampling cylinders for example. We basically have a full range of rental equipment for hydraulic pressure testing, maintenance and calibration. This is a big and valuable market for us.

'Putting it all together, we have something really fantastic to offer, as we have the service and maintenance, the new build and the rental equipment, plus the manpower on hand locally to support.'

The Proserv team sees the combination of digital technology such as AEGIS, alongside an experienced, rapid response service team, never fazed by what it may face, as the perfect support model.

Chambers reveals he has been talking to a potential client about yet another of Proserv’s solutions, Smart Box.

'Geographically, and in terms of market profile, Saudi Arabia is very much like the UAE with regard to many of the challenges operators face. For instance, inaccessible locations where mature assets are functioning. So, Smart Box can provide remote monitoring of well performance in the desert. Imminent shutdowns are detected at once, helping to save operators money, as are build-ups of dangerous gases like hydrogen sulphide, helping to protect the environment,' he says.

'As a support partner, we can deliver new build capabilities, can offer high-quality service and rental, and ultimately we are fully committed to developing technologies that will greatly support and assist NOCs in effectively monitoring their assets and optimising their production,' Chambers concludes.