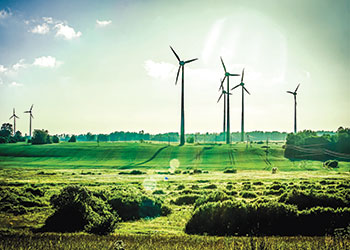 An extensive study by three major organisations has put Africa’s green potential at be around €1 trillion ($1.06 trillion).

The ‘Africa’s Extraordinary Green Hydrogen Potential’ report prepared jointly by the European Investment Bank, International Solar Alliance and the African Union unveil study, with the support of the Government of Mauritania, HyDeal and UCLG Africa, represents the first detailed research of the feasible development of green hydrogen across the continent.

The new analysis estimates that green hydrogen investment could reduce carbon emissions in Africa by 40 per cent, replacing 500 million tons of CO2 a year.

A €1-trillion green hydrogen investment can deliver the equivalent of more than one third of Africa’s current energy consumption, boost GDP, improve clean water supply and empower communities, it says.

"Africa has the best renewable energy in the world and scaling up production of green hydrogen can transform access to low-cost electricity and clean water. Unlocking Africa’s green hydrogen potential will require close cooperation between public, private and financial partners," says Abdessalam Ould Mohamed Salah, Minister of Energy of the Republic of Mauritania.

Meanwhile, Ambroise Fayolle, Vice-President of the European Investment Bank, says: "Solar photovoltaic technology has provided us with the cheapest electricity. It will cost below €2 per kg in several African countries by 2030, much lower than the current mass assumption of €5 and a stark contrast to the $60-70 paid for an oil barrel."

The research suggests three requirements to enable 50 million tons of green hydrogen to be produced in Africa by 2035:

Pilot projects need to show successful green hydrogen generation, storage, distribution and use at both demonstration and commercial scale.

According to the study, large scale green hydrogen generation will enable Africa to supply 25 million tons of green hydrogen to global energy markets, equivalent to 15 per cent of current gas used in the European Union.

The new analysis will be followed by in-depth research of local green hydrogen investment potential, regulatory requirements and changing demand in the coming months.