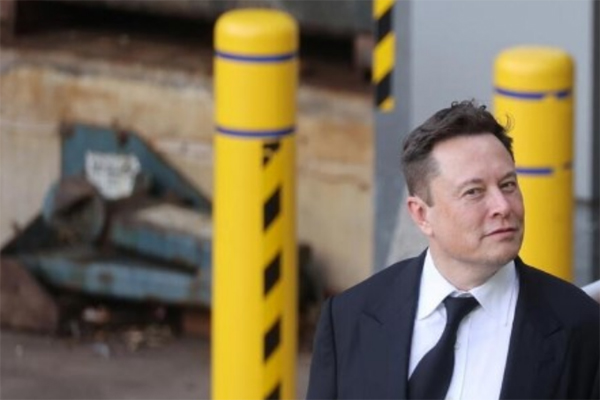 Elon Musk will return to the witness stand on Tuesday for a second day to defend Tesla Inc's $2.6 billion acquisition of SolarCity in 2016, a deal that shareholders say benefited the CEO at the electric vehicle maker's expense.
The lawsuit by union pension funds and asset managers alleges Musk strong-armed the board of directors into using Tesla's assets to rescue SolarCity from potential bankruptcy and never disclosed the dire finances of the solar panel maker.
Musk at the time owned a 22 per cent stake in both Tesla and SolarCity, which was founded by his cousins. The Tesla shareholders want Musk to be ordered to return the value of the deal to Tesla.
The celebrity chief executive spent about six hours on the stand on Monday, focused mostly on describing his role in the negotiation process for SolarCity and its financial health.
The two-week trial in the Court of Chancery in Wilmington, Delaware, is being overseen by Vice Chancellor Joseph Slights, who will decide the outcome in a written opinion, likely months after the trial ends.
Central to the case are claims that despite owning only 22 per cent of Tesla, Musk was a controlling
shareholder due to his ties to board members and domineering style. If plaintiffs can prove this, it increases the likelihood that the court will conclude the deal was unfair to shareholders.
On Monday, Musk insisted the Tesla board handled the SolarCity deal and said that he was not part of the committee that negotiated the terms.
"I don't even know what happened," he testified.
Musk said he did not set pay for directors or have the ability to fire or hire them. He also said that because he owned the same percentage of stock in both companies and there was no cash involved in the deal, he didn't benefit. He said the merger was aimed at combining Tesla's battery business with SolarCity's sustainable energy generation.
"There was no financial gain," he testified.
Legal experts said the judge will be looking for evidence that Musk threatened board members or that directors felt they could not stand up to him. Board members and others involved in the 2016 deal, including Musk's younger brother Kimbal, will testify beginning as soon as Tuesday.
The company's directors settled allegations from the same lawsuit last year for $60 million, paid by insurance, without admitting fault.
Musk responded calmly during cross-examination from shareholder attorney Randall Baron on Monday, but Baron's yes or no questions often elicited lengthy, meandering responses.
"These questions are very loaded," Musk said.
"That's my job," Baron responded.
"Well, in that case, good job," said Musk. --Reuters
Share