Oil losses from hurricane Ida rank among worst in 16 years 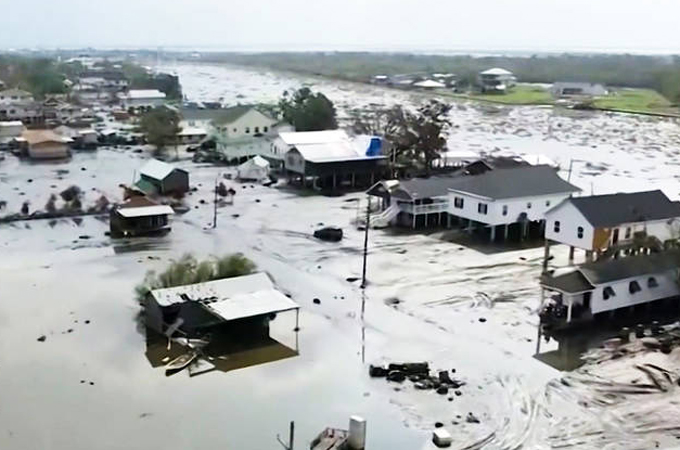 Hurricane Ida's damage to US offshore energy production makes it one of the most costly since back-to-back storms in 2005 cut output for months, according to the latest data and historical records.
Ida's 150 mile-per-hour (240 kph) winds cut most offshore oil and gas production for more than a week and damaged platforms and onshore support facilities. About 79% of the region's offshore oil production remains shut and 79 production platforms are unoccupied after the storm made landfall on August 29.
Some 17.5 million barrels of oil have been lost to the market to date, with shutdowns expected to continue for weeks. Ida could reduce total US production by as much as 30 million barrels this year, according to energy analysts.
Offshore US Gulf of Mexico wells produce about 1.8 million barrels of oil per day, 16% of the daily US total.
"There could be volumes that are offline for a considerable amount of time," said Facts Global Energy (FGE) consultant Krista Kuhl. "It’s just too early to tell."
The losses are reducing US exports at a time when oil prices are trading at about $70 a barrel because of continued curbs by producing-nations group OPEC and market expectations for demand.
At least 78% of Gulf of Mexico oil and natural gas were offline on Tuesday, nine days after Ida hit the Gulf Coast, causing wind and water damages to platforms and refineries, government data showed.
Hurricanes Katrina and Rita in 2005 remain the worst hit to Gulf Coast energy facilities. The back-to-back storms caused production losses that continued for months, removing about 162 million barrels of oil over three months, FGE said.
Production in the US Gulf of Mexico that year dropped 12.6%, to 1.28 million barrels per day (bpd), from the prior year, according to data for the Energy Information Administration (EIA). Total U.S. oil production fell 4.7%, EIA data showed.
Restoring output after Ida will hinge on the time needed to repair a key offshore oil and gas transfer facility. Royal Dutch Shell on Monday said it continued to assess damage to its West Delta-143 offshore platform, which transfers about 200,000 barrels of oil and gas per day from three offshore oil fields.
A group of thunderstorms in the south-central Gulf of Mexico was expected to move northeast. The storms have a 30% chance of developing into a tropical cyclone in the next two days, the National Hurricane Center said on Tuesday. -Reuters
Share