Foreign firms in KSA told to up domestic input to 70pc 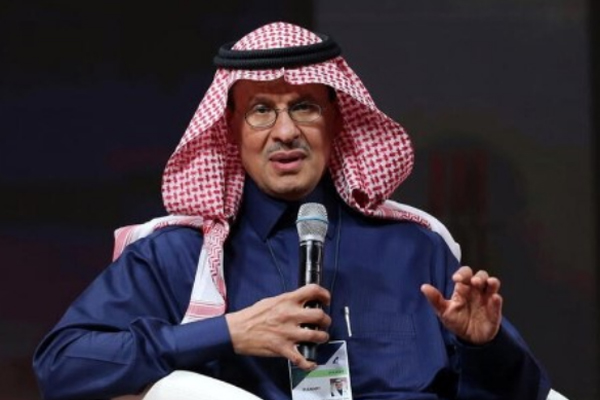 Saudi Arabia's Energy Minister Prince Abdulaziz bin Salman
Saudi Arabia will require foreign firms working in the energy sector, including petrochemicals and water desalination, to boost local input to at least 70 per cent in order to secure government contracts, three sources familiar with the matter said.
Energy Minister Prince Abdulaziz bin Salman discussed the plan to increase domestic input with local and international energy executives at a gathering in the Eastern city of Dammam last week, they said, confirming a video recording of his comments seen by Reuters.
He said the energy ministry would hold an event to announce the timeline, targets and mechanism for the plan, the latest effort to create new industries and generate jobs under Crown Prince Mohammed bin Salman's push to diversify the economy of the world's top oil exporter away from crude revenues.
Requirements for energy sector local content -- which include workers, supplies and operations as well as added value -- are currently around 30 to 35 per cent but it is not clear how strictly these are enforced.
Authorities had already earlier this year handed foreign firms an ultimatum to set up regional headquarters by 2023 or risk losing out on government contracts in a bid to attract foreign capital and talent.
In the recorded remarks obtained by Reuters the prince did not specifically mention the link to government contracts when disclosing that all companies operating in the kingdom, including international firms, would have to raise the percentage of local services and energy-related products to 70 per cent.
The three sources said securing government contracts would be contingent on meeting the new requirement for local content, which would require companies to invest heavily.
The Saudi energy ministry and the government's media office CIC did not respond to Reuters' requests for comment.
DIVERSIFYING ENERGY MIX
The kingdom, also the Arab world's biggest economy, is home to hundreds of international foreign companies, including oil majors that have joint ventures with state oil giant Saudi Aramco.
"In addition to Aramco's own plans to reach 70 per cent local content, we are looking at localising 70 per cent of the whole energy sector, including petrochemicals, water and water desalination," the prince said in the video-taped remarks.
"The kingdom's plans for diversifying energy mix are huge and will help boost investments in this programme and will convince many companies of the feasibility in this plan," he said, urging foreign firms to move headquarters to Saudi Arabia to benefit from incentives.
Aramco CEO Amin Nasser was also at the event in Dammam, the recorded video showed.
Sectors such as petrochemicals and water desalination are among the biggest contributors to the economy outside oil and have attracted billions of dollars in foreign investments over the past decades.
Aramco in 2015 launched "The In-Kingdom Total Value Add Program (IKTVA)" which aims to double the percentage of locally produced energy-related goods and services to 70 per cent of the total spent by 2021.
The Saudi crown prince's diversification plan aims to create tens of thousands of jobs for Saudi youth, including by transferring foreign expertise and knowledge to the local market. --Reuters
Share