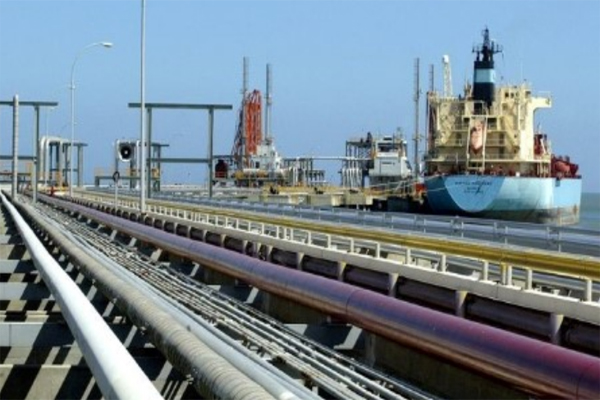 Venezuelan state-run oil firm PDVSA this week will resume exports of diluted crude oil (DCO) for the first time in nine months, according to a document seen by Reuters.
Since US trade sanctions were imposed on PDVSA in 2019, a lack of diluents, especially heavy naphtha, has hurt its ability to produce exportable grades from its largest production region, the Orinoco Belt. Its extra heavy oil must be diluted with naphtha or condensate for transportation and exports.
A key swap deal that provided Iranian condensate for crude has allowed PDVSA to alter its production and shipping strategies and build its stocks of DCO. PDVSA was receiving about 2.1 million barrels per month of condensate in exchange for supplying the Iranian National Oil Co (NIOC) with some 3.8 million barrels of its flagship Merey 16 crude.
But a recent accumulation of DCO in onshore tanks has forced PDVSA to dedicate a portion of its limited vessel fleet to floating storage, encouraging it to resume exports of the lower-quality grade to Asia.
A Panama-flagged supertanker has loaded about 1.9 million barrels of DCO bound for Malaysia, according to an internal PDVSA schedule report. Malaysia is sometimes used to trans-ship Venezuelan crude bound for China.
By analyzing satellite images, vessel monitoring service TankerTrackers.com said the supertanker undocked on Sunday at PDVSA's Jose port after finishing loading. It was waiting on Monday for authorization to set sail.
PDVSA did not reply to a request for comment.
The last time PDVSA had shipped DCO was in April, when it sent two cargoes to Asia, according to Refinitiv Eikon data and PDVSA schedules.
Compared to Merey 16 crude, DCO is often sold at deep discounts due to its high content of water and sediments. Refiners from Europe and Asia often prefer to buy Merey 16 or any of PDVSA's upgraded crudes over DCO.
But the move to export DCO could ease production, storage and transportation bottlenecks of other crudes from the Orinoco Belt, according to company documents.
Shipping DCO to Asia also could allow the resumption of the Venezuela-Iran swap, which was mostly fulfilled in the second half of last year before deliveries were paused in December. --Reuters
Share