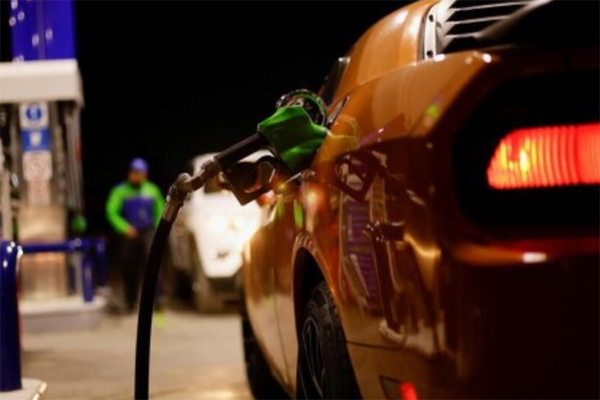 Retail gasoline prices in the United States rose on Tuesday and hit another all-time record, surpassing one set in March, as global refineries grappled with a bottleneck that has sent prices soaring ahead of driving season.
The average cost of a retail gallon of gasoline hit $4.374 early Tuesday, according to the American Automobile Association, surpassing the former record of $4.331.
Since March 30, Brent crude futures have lost 7 per cent, but gasoline futures are up 9.4 per cent, and hit a record on Friday of $3.7590 per gallon before selling off on Monday.
Refinery closures due to both scheduled maintenance and unplanned upsets have boosted fuel prices even as the United States and other nations have taken steps to boost worldwide crude supply. Global fuel stockpiles are dwindling as demand has rebounded to pre-pandemic levels. Supplies tightened further following the invasion of Ukraine and subsequent sanctions on Russia from the United States and allies.
The world has lost 1 million barrels of refining capacity and 1.5 million barrels of oil supply since the pandemic, estimated Mike Jennings, chief executive officer at HF Sinclair Corp in an earnings call on Monday.
"That's 2.5 per cent of world consumption...it's a big number," said Jennings.
In the spring, refiners prioritize gasoline output ahead of warmer weather when driving picks up. But in recent weeks, they have increased distillate output to meet jet fuel and diesel demand in Europe, Latin America and the United States, as Western sanctions on Moscow curtailed Russia's exports.
"On the refinery earnings calls, they're talking about making sure they run at full steam - refinery utilization is going to stay very high throughout the year," said Gary Cunningham, director of market research at Tradition Energy.
Diesel fuel reached a record of $5.45 per gallon at the pump this week.
Still, fuel prices in the United States remain substantially lower than in other major consumers like the UK, Japan and France, where higher taxes increase the cost of fuel.
"I don't see this resolving itself until 2023 at the earliest, when more refining capacity comes online in the Middle East and Asia," said Patrick DeHaan, head of petroleum analysis at GasBuddy.
The price of US crude oil, the largest input cost for refiners, has fallen nearly $20 from highs reached in March, with supplies boosted by the release of millions of crude barrels from US strategic reserves and demand dented by coronavirus lockdowns in China.
However, product inventories are still falling. US gasoline inventories are down 3 per cent year-on-year to 228.6 million barrels, according to the US Energy Information Administration.
The 3-2-1 crack spread, a proxy for refining margins, reached $54.34 on Monday, nearly 150 per cent higher than at this time a year ago.
"I think that we can expect, assuming the economies stay reasonably strong, that commodity prices and, particularly prices of our products, are going to be relatively high," Jennings said. --Reuters
Share