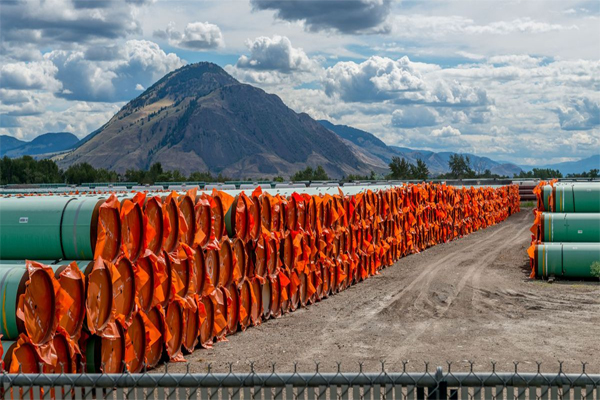 Canada's government-owned Trans Mountain Corp has secured C$10 billion ($7.7 billion) in financing to help cover the expansion of a pipeline that will bring more crude from landlocked Alberta to the Pacific coast, according to a statement on Wednesday.
Prime Minister Justin Trudeau's Liberal government bought the Trans Mountain pipeline in 2018 to ensure the long-delayed expansion project went ahead. In February, the government said costs had surged to C$21.4 billion.
The third-party financing was secured with a group of Canadian financial institutions, the Finance Ministry statement said, adding that "the cost estimate (for construction) and 2023 completion date" for the pipeline would not change.
The federal government is providing a loan guarantee on behalf of Trans Mountain Corp and said it has not spent any money to put that guarantee in place.
The move drew criticism from some environmental groups.
"This will put even more taxpayer dollars on the line for a federally owned project that has clearly become a financial boondoggle," said Julia Levin, National Climate Program Manager at Environmental Defence. --Reuters