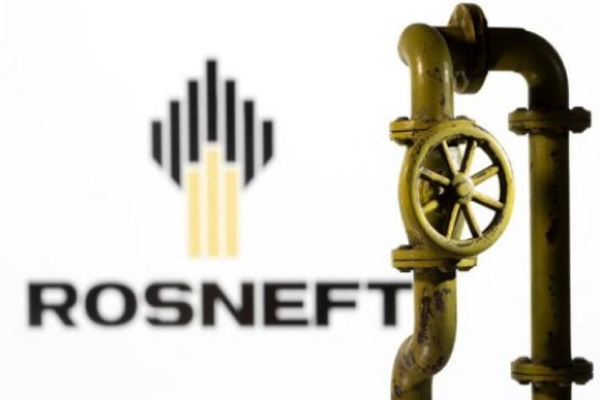 Igor Sechin, the head of Russian oil major Rosneft, said BP still remains its largest private shareholder despite having announced its departure in February after Moscow sent troops into Ukraine.
Numerous Western companies, including oil majors, have left Russia since Moscow sent its armed forces into Ukraine on Feb. 24.
Speaking at the St Petersburg International Economic Forum, Sechin, a long-standing ally of President Vladimir Putin, said BP also still owns stakes in large-scale Rosneft projects including Taas Yuriakh, Kharampurneftegaz and Yermak Neftegaz.
"All these actions speak of a desire to remain an active participant in the Rosneft company and to wait out the disadvantageous geopolitical situation without real losses," Sechin said.
BP could not immediately be reached for comment on Saturday.
"The withdrawal announcement was unexpected for Rosneft and unfounded from the point of view of the successful 30-year partnership of our companies," Sechin said.
He also said that BP had received $36 billion from its Russian business since 2003, for an investment of $10 billion.
BP said on Feb. 27 that it was divesting its 19.75 per cent stake in Rosneft ended three decades of partnership between the two companies and would take a charge of up to $25 billion, without saying how it planned to extricate itself.
At the time, Rosneft accounted for around half of BP's oil and gas reserves and a third of its production.
BP received revenue from Rosneft in the form of dividends totalling around $640 million in 2021, roughly 3 per cent of its overall cash flow from operations.
Sechin said that BP's dividend would be transferred to special accounts, without elaborating. Russia has imposed capital controls and restricted cross-border transfers of foreign currencies to weather Ukraine-related sanctions.
Rosneft promised to pay a record dividend of 41.66 roubles ($0.7715) per share on its 2021 results, or 50 per cent of its net profit.
Speaking at the forum, Sechin also criticised the West for its sanctions policy, saying that ditching Russian oil and gas would be "energy suicide" for Europe, mirroring Putin's earlier comments.
He said the sanctions had effectively put paid to efforts to engineer a transition to green energy.
Sechin said the world was facing a long-term oil deficit due to underinvestment, and needed additional investments of $400 billion by 2030 in order to overcome the shortfall.
However, he said the level of investment was unlikely to be achieved and shortages could persist for long time. --Reuters
Share