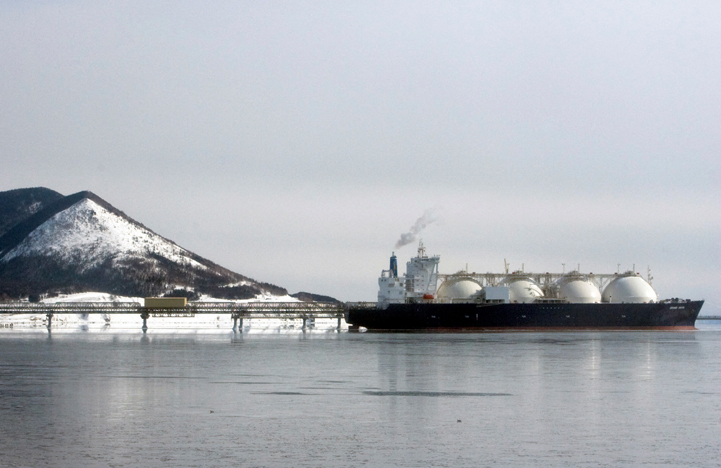 Japanese trading houses Mitsui and Mitsubishi have cut the value of their stakes in the Sakhalin-2 liquefied natural gas (LNG) project in Russia by 217.7 billion yen ($1.66 billion) following Moscow's move to seize control of the project.
Russian President Vladimir Putin singed a decree on June 30 to create a company to take over the rights and obligations of the Sakhalin-2 oil and gas project, raising the stakes in an economic war with the West.
State-run Gazprom has a 50 per cent plus one share stake in Sakhalin Energy, the joint venture that operates Sakhalin-2, while Shell owns 27.5 per cent minus one share. Mitsui and Mitsubishi hold 12.5 per cent and 10 per cent respectively.
Mitsui trimmed the investment value of its stake by 136.6 billion yen to 90.2 billion yen at the end of June and Mitsubishi has lowered the value by 81.1 billion yen to 62.3 billon yen, the companies said separately on Tuesday.
"Details of the presidential decree are still not clear and we have made a conservative evaluation," Mitsui Chief Financial Officer Tetsuya Shigeta told a news conference, adding there would be no impact on its profit or loss, and on cash flow.
Mitsubishi Chief Financial Officer Yuzo Nouchi said the financial impact is negligible given the company's equity capital of more than 7 trillion yen.
The Japanese government plans to support the trading companies in their attempts to stay in the Sakhalin-2 project. Japan imports about 10 per cent of its LNG from Russia, mainly from Sakhalin-2. – Reuters
Share