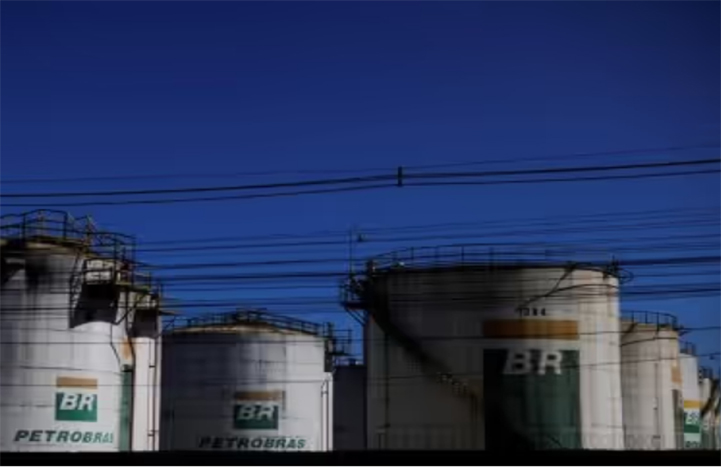 Brazil's state-controlled oil company Petrobras will distribute at least twice as much as the biggest international oil producers in second quarter dividends, boosting the government's coffers amid a tense presidential campaign.
The five biggest Western oil producers - Exxon Mobil Corp, Chevron Corp, Shell, TotalEnergies and BP - posted record cash distributions to shareholders in recent days of between $4 billion and $7.6 billion. But none came close to Petrobras's $17 billion payout.
Brazil's government, which controls the producer with a majority of its voting shares, last month asked Petrobras and other state-controlled companies to increase dividends to finance extra federal spending.
The cry for help came as the government of President Jair Bolsonaro, which later this year faces a tough reelection battle, last month bypassed a constitutional spending cap to finance a massive cash transfer program popular among low-income voters.
Petrobras will distribute about 60 per cent more to shareholders than its $10.5 billion (54.33 billion reais) profit. Critics said the huge payout will lead to underinvestment in the business.
Petrobras' dividends were less than at Saudi Arabia's state-controlled Saudi Aramco, the world's largest oil company, which produces 13 million barrels of oil equivalent per day (boed), almost five times more than Petrobras.
Aramco has been distributing $18.76 billion to shareholders per quarter. Its next dividend will be disclosed on August 14.
US producer Exxon, which posted the highest quarterly profit of the five majors, spent $7.6 billion on shareholder distributions.
Bolsonaro is trying to boost his re-election chances by ramming through short-term spending measures, critics say. Polls show he is lagging leftist former President Luiz Inacio Lula da Silva.
Dividend payments will be made by Petrobras before the first round of voting, scheduled for Oct. 2.
Petrobras said higher oil prices and assets sales allowed for the extra payment, and did not compromise planned investments. The company is in a comfortable cash situation and is able to retain between $8-10 billion in cash this year, it said. Petrobras reaffirmed its commitment to distribute at least 60 per cent of its free cash flow to investors.
"The extraordinary dividend payment proved to be the best allocation of the company's cash," Petrobras said in a statement. – Reuters
Share