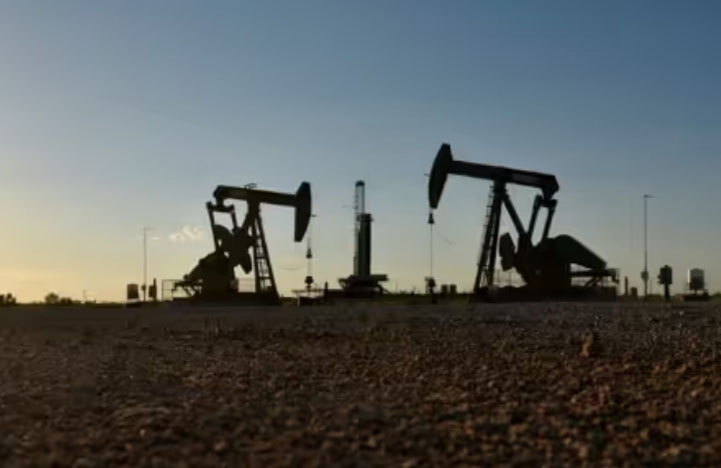 Oil prices steadied on concerns that further US interest rate hikes this week to tame inflation will curb economic growth and fuel demand in the world's biggest oil consumer.
Brent crude futures for November settlement fell 7 cents, or 0.1 per cent, to $91.93 a barrel by 0659 GMT.
US West Texas Intermediate crude for October delivery was at $85.60 a barrel, down 13 cents, or 0.2 per cent. The October contract will expire on Tuesday and the more active November contract was at $85.15, down 21 cents, or 0.3 per cent.
The dollar remained firm below a two-decade high versus major peers, ahead of a slew of central bank meetings around the world this week led by the US Federal Reserve, which is likely to raise interest rates by another 75 basis points to rein in inflation.
The stronger greenback makes dollar-denominated oil more expensive for buyers using other currencies and the expected rate increases have increased concerns that the tightening could trigger a global recession.
"Oil prices have been sliding in a downtrend since mid-June, and recession fears and a slowdown in growth in China are still the major bearish factors in general," said Tina Teng, an analyst at CMC Markets.
While other major economies are tightening, China, the world's second-largest oil user, on Tuesday left its benchmark lending rates unchanged as it tries to balance supporting its sluggish economic growth against the weakening yuan.
Fears of aggressive central bank tightening are still driving concerns for a "quickly weakening global economy" and pressuring crude prices, said Edward Moya, a senior market analyst at OANDA, in a note.
US crude oil stocks are estimated to have risen last week by around 2 million barrels in the week to Sept. 16, a preliminary Reuters poll showed on Monday.
The US Energy Department will sell up to 10 million barrels of oil from the Strategic Petroleum Reserve for delivery in November, extending the timing of a plan to sell 180 million barrels from the stockpile to tame fuel prices.
Signs that major producers are unable to meet their output quotas did give prices some support.
An internal document from the Organization of Petroleum Exporting Countries and allies led by Russia, known as Opec+, showed the group fell short of its oil production target by 3.583 million barrels per day (bpd) in August. In July, the group missed its target by 2.892 million bpd.
The impasse over a revival of the Iran nuclear deal is also continuing to keep that country's exports from fully returning to the market.
Russia said on Monday that unresolved issues remained in the negotiations while France's foreign minister said that it was up to Tehran to make a decision as the window to find a solution was closing.
However, they are signs that higher oil prices this year are curbing demand. US vehicle travel in July fell 3.3 per cent from a year earlier, dropping for a second month. - Reuters
Share