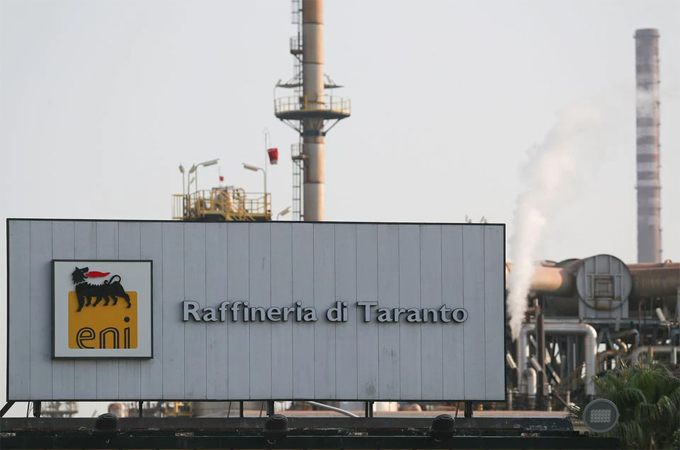 Italy needs to significantly increase its liquefied natural gas (LNG) import capacity, the chief executive of Eni said, adding that the country would ideally need four new LNG terminals.
The country currently has three terminals, which have a capacity of around 17 billion cu m (bcm) of gas, currently near to saturation.
The government has planned to set up two other floating storage and regasification units (FSRU) to increase the capacity to 27 bcm, but a bigger effort is needed to help Rome replace Russian supplies with gas coming a range of African suppliers through ships.
"We have moved from Russian gas coming from pipelines to gas coming on ships. We currently don't have enough LNG terminals... we would need four additional terminals," Eni Chief Executive Claudio Descalzi said, speaking at a business event in Milan.
The difficulties of adding capacity are shown by the Italian city of Piombino which has launched a legal challenge against a government-backed project for a new LNG terminal there.
Following Russia's invasion of Ukraine, Italy has leveraged its long-standing ties with Africa to replace gas coming from Moscow with fuel coming from Algeria and Egypt as well as the Middle East and other suppliers.
Gas flows from Moscow have fallen from around 38 per cent of Italy's total consumption to around 10 per cent in recent months.
"Next year, I can expect Russian gas be around 6-7 per cent... if it will be there," Descalzi said.
The change in the origin of gas compels Italy to strengthen its energy infrastructure in the south, eliminate bottlenecks in the gas grid and enlarge its storage system, he said.
Italian gas grid operator Snam recently announced plans to invest more than 3 billion euros to boost the gas network and to add new storage sites. -Reuters
Share