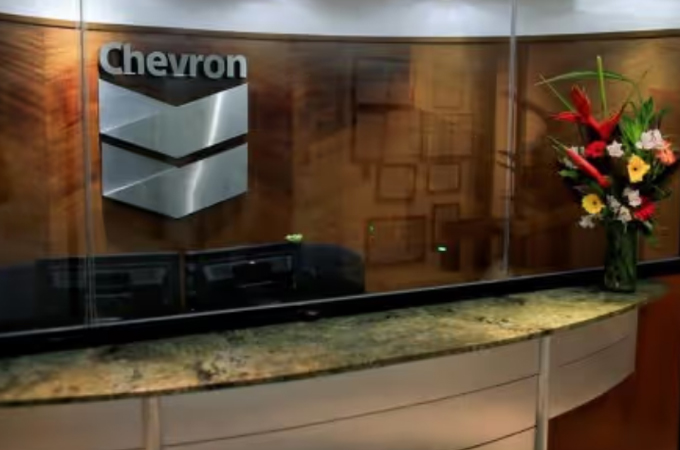 Chevron said nearly half its workers in Australia had been bullied in the past five years and nearly a third had experienced sexual harassment, with women suffering higher instances of workplace abuse.
The global energy giant reviewed its business after the state of Western Australia, where Chevron's local operations are based, ran an investigation into sexual harassment of women in the mining industry.
The Chevron survey, run by a consulting firm called Intersection, found 47 per cent of employees had experienced bullying in the past five years.
It said 30 per cent had been sexually harassed in the past five years. That was below the industry average of 40 per cent and the national average across all industries of 33 per cent, the report said.
More than half of Chevron Australia staff reported witnessing or hearing about bullying, harassment or discrimination, but 47 per cent of those took no action for fear of reprisals, making things worse for the victim, or because the victim did not want action to be taken.
"What is clear is that bullying, harassment and discrimination occurs in our workplaces, and not everyone feels confident in reporting these incidents through the various channels available," Chevron Australia Managing Director Mark Hatfield said in a statement.
One woman who complained after being molested in the office during business hours said she was not believed.
"It was very distressing," the employee was cited in the Chevron survey as saying.
The report found there was a lack of accountability for bad behaviour which allowed it to continue or worsen, and few victims had filed a formal report.
"There is also a perception among some of Chevron Australia's workforce that the financial bottom line is valued above wellbeing and ultimately, physical and psychological safety," Intersection said in the report.
The company has appointed a project manager reporting to Hatfield to carry out the report's recommendations including taking steps to address bullying, harassment and discrimination, and improve leadership accountability and responses to reports of poor behaviour. -Reuters
Share