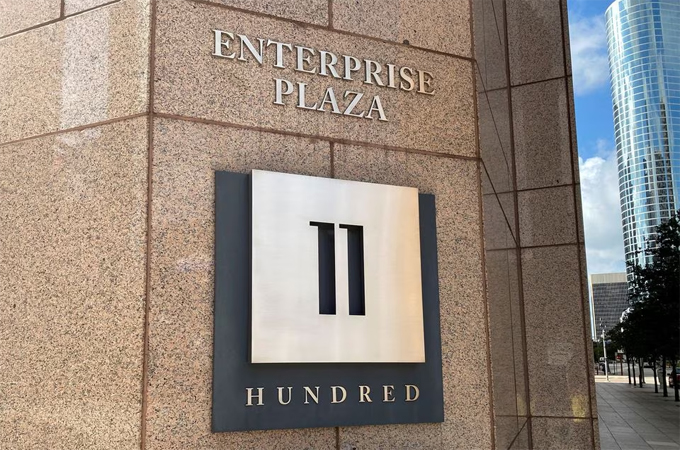 Environmental groups sued the US to overturn its approval of a deepwater oil-export facility off the Texas Gulf Coast, saying it would boost oil-production and greenhouse gas pollution.
The Sea Port Oil Terminal (SPOT), owned by energy pipeline operator Enterprise Products Partners, would be the largest offshore export terminal in the US with the capacity to load two supertankers at a time and export 2 million barrels of crude oil per day.
Environmental groups, including the Sierra Club, Center for Biological Diversity and others, said the terminal and related pipeline construction could cause oil spills and affect some species.
The US Maritime Administration (MARAD), an agency of the Department of Transportation, failed to adequately assess the oil-spill risk and harm to species in approving the terminal, the environmental groups said.
Enterprise Products and MARAD did not immediately respond to requests for comments.
MARAD in November issued an order saying construction and operation of the offshore port was in the national interest and the project met environmental quality goals.
The agency had found in its decision that construction of the offshore export terminal will reduce the number of ship-to-ship transfers of crude oil and lessen emissions from conventional crude oil loading facilities.
The environmental impact analysis requirements of the National Environmental Policy Act have also been satisfied, MARAD had said.
"MARAD’s review of SPOT’s environmental and community impacts entirely fails to account for the project’s significant contributions to climate change," said Sierra Club Senior Attorney Devorah Ancel.
A license is yet to be issued before SPOT can begin construction of the port.
US oil major Chevron signed a long-term agreement with Enterprise, saying SPOT provides opportunity to significantly expand export capacity as the company increases its Permian oil production. Canadian oil company Enbridge also has an option to purchase a stake in SPOT. -Reuters
Share