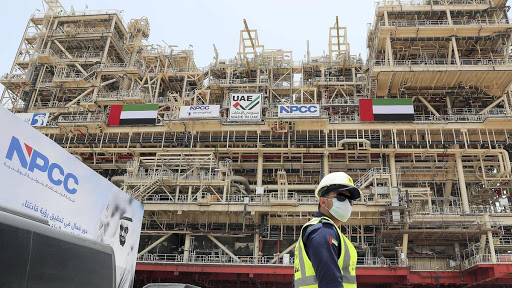 UAE-based National Marine Dredging Company (NMDC) has announced that the company's board has voted to recommend to its shareholders the offer from General Holding Corporation (Senaat), a part of ADQ, and other minority shareholders of National Petroleum Construction Company for its merger with NMDC.
A leading contractor in the region for dredging, land reclamation and marine civil construction, NMDC provides engineering, procurement and construction solutions to both the offshore and onshore oil and gas sector.
The board's recommendation comes after a valuation assessment of the two companies by KPMG. Following consideration by the directors of NMDC, the terms of the transaction were approved by the board at its meeting yesterday (November 11).
In approving the terms, the NMDC Board has, amongst other things, reviewed the vendor legal due diligence report on NPCC prepared by Allen & Overy and a valuation report and financial due diligence report on NPCC prepared by KPMG.
NMDC said its board fully backs the proposal as it believes the transaction was beneficial for shareholders, as well as its wider stakeholders.
If the deal goes through, the combination of NMDC and NPCC will create one of the leading integrated oil and gas and marine services EPC players, with an established footprint across Mena and South Asia regions.
NMDC would remain listed on the Abu Dhabi Securities Exchange (ADX) following completion and the combined group will be one of the largest companies on the ADX based on market capitalisation, which is expected to have a positive impact on overall demand and liquidity for the new entity's shares.
The key terms of the offer being proposed by the NPCC shareholders are that it will transfer NPCC to NMDC in consideration for the issuance by NMDC to the NPCC shareholders of a convertible instrument.
This will be turned into 575 million ordinary shares of par value AED1 each in the capital of NMDC, representing 69.70% of the issued share capital of NMDC following conversion.
It will be converted into NMDC shares immediately following completion. The price at which the convertible instrument will convert into shares in NMDC is AED 4.40 per share.
The shareholders will be voting on the proposal at a next general assembly meeting, which is likely to be held by year-end. The issuance of the convertible instrument and the increase in share capital in NMDC on conversion of the convertible instrument will also be discussed.-TradeArabia News Service
Share