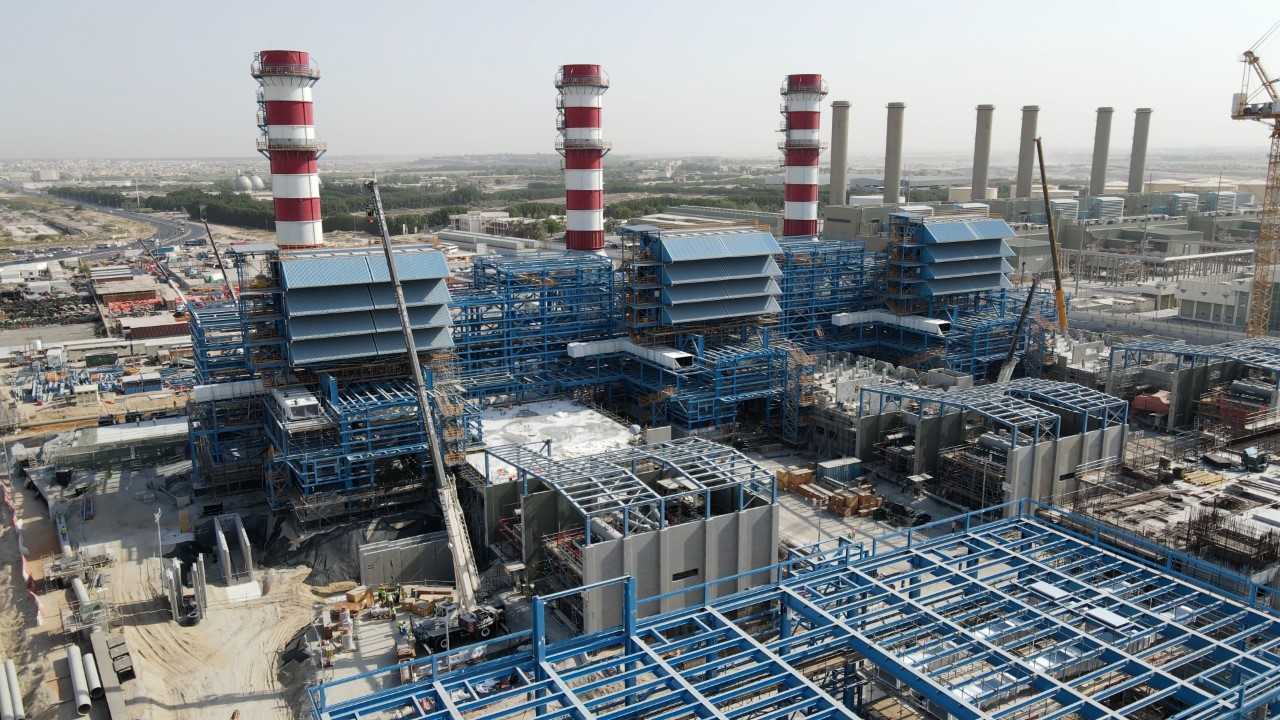 Dubai Electricity and Water Authority (Dewa) has announced that 72.38 per cent of the work on the Phase Four of the H-Station at Al Aweer has been completed.
One of its most important projects to meet the reserve margin criterion set for peak electricity demand in Dubai, H-Station at Al Aweer has a current total capacity of 1,996 MW under current climate conditions and high temperatures of up to 50 degrees Celsius.
Once the 829 MW fourth phase is complete, the station will have a total capacity of 2,825 MW.
The AED1.1 billion ($300 million) project is being implemented by a consortium comprising Siemens and Elsewedy Power. The project includes importing, installing, testing, supplying, and commissioning three Siemens gas turbines with a total capacity of 829 megawatts (MW).
The project also includes installing sub devices and equipment from major international companies such as natural gas compressors from Germany’s MAN. It also includes a natural gas treatment station from Dutch company Petrogas. Other local and regional companies are also contributing to this project.
So far, Dewa has completed over six million safe working hours on this project without recording any injuries.
On the project, Managing Director and CEO Saeed Mohammed Al Tayer, said through these projects, Dewa aims to provide a strong infrastructure that keeps pace with rapid changes in Dubai and the growing demand for electricity and water in the emirate.
"This is according to the highest standards of quality, efficiency, reliability and availability, to contribute to sustainable social, economic and environmental development," he stated.
This will eventually add to Dewa’s current installed capacity of 11,700 MW for electricity, and 470 million gallons per day for water, he added.
Nasser Lootah, Executive Vice President of Generation at Dewa, said the progress of the work is fast-paced.
"The project is expected to be operational by the end of 2021 while maintaining Dewa’s commitment to the highest standards of health, safety, quality and efficiency," he added.-TradeArabia News Service
Share