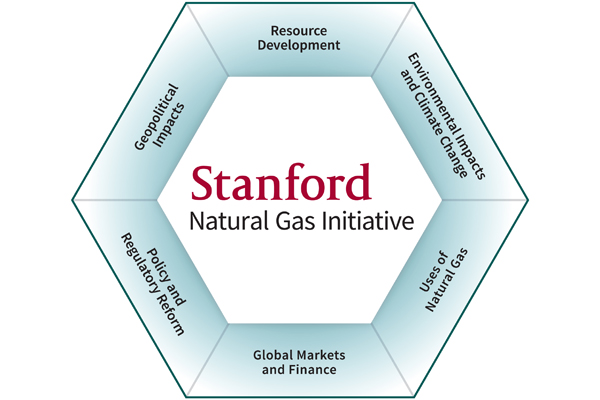 Adam Brandt, associate professor in Stanford University’s Department of Energy Resources Engineering, has taken over the leadership of the university’s Natural Gas Initiative.
Mark Zoback, emeritus professor of geophysics, has directed NGI since the research programme was launched in 2015 and is retiring after almost 37 years at Stanford.
Frank Wolak, professor of economics, will continue as NGI’s co-director. The interdisciplinary research programme generates knowledge needed to use natural gas to its greatest social, economic and environmental benefit.
“We are at a crucial time, designing and investing in the energy systems of the future,” said Brandt. “This important work will build on the strong foundation laid by my predecessor, Mark Zoback.”
“It appears more plausible than ever that the world will manage to avoid the most dangerous global warming scenarios,” Brandt added. “The role of natural gas in providing reliable and resilient power will become increasingly more important in decarbonizing regions until the cost of energy storage is significantly reduced.”
Overall, Brandt’s research has focused on reducing the environmental impacts of energy systems. Specifically, his lab seeks to measure and estimate impacts from technologies at broad scales, and to help reduce these impacts.
Applications include reducing greenhouse gas emissions from transportation, and from power systems through optimisation of renewable energy integration. He has led much of Stanford’s research to measure and economically detect natural gas leaks at production sites and from pipelines. Methane, the primary component of natural gas, is a very potent greenhouse gas.
“Adam Brandt is not only widely-respected as a scientist doing cutting-edge research to limit methane emissions to the atmosphere, but he has also made critical contributions to NGI from the beginning. I’m looking forward to seeing the new directions NGI will take under Adam’s leadership,” Zoback said.
Natural gas has displaced coal as the primary fuel for electricity generation in most developed economies. Gas emits considerably less pollution than coal and is less expensive in some countries, like the United States. Gas-fired power plants can be ramped up quickly when solar and wind power generation slows down, which coal plants are not designed to do. In developing economies, gas is forecast to back up renewables and meet rising demand for energy, Brandt said. Models for limiting global warming to 1.5°C assume global natural gas consumption will remain high through the end of the century.
“For this reason, it is absolutely crucial that future gas demand be satisfied in the cleanest way possible,” said Brandt. “NGI already has an impressive portfolio of research in these areas, which we will work to expand.”
Specifically, Brandt explained, NGI will continue to fund research to improve detection of natural gas leaks. It will also research how to speed the transition from coal to a combination of renewables and natural gas in Asia, and how to convert methane to high-value products, which should incentivize a reduction in gas flaring. Natural gas and its distribution systems could also play a role in the development of hydrogen-based energy resources. NGI will also research the potential for blending natural gas with biogas, hydrogen or synthetic renewable-derived gas products. --Tradearabia News Service
Share