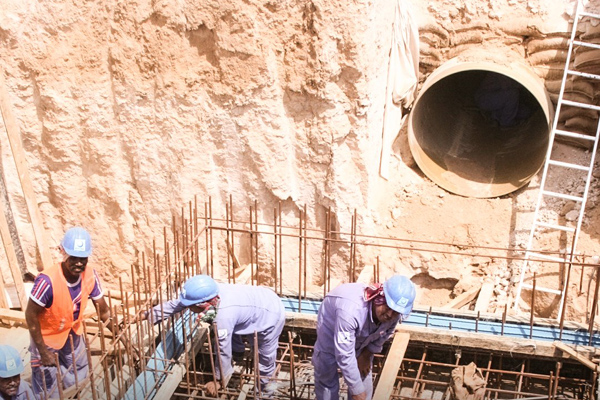 Dubai Electricity and Water Authority (Dewa) has announced that it has completed 79.6 per cent of the work on the Lusaily water reservoir project, which has a storage capacity of 60 million imperial gallons (MIG).
The project, which is being built at a cost of AED175.4 million ($47.7 million), is expected to be completed by the end of the third quarter.
"Dewa works in line with its strategy to consolidate Dubai’s leading position as a role model in the effectiveness and efficiency of the electricity and water infrastructure to meet current and future development requirements in Dubai," said its managing director and CEO Saeed Mohammed Al Tayer.
"We are currently building a reinforced concrete 60-million-gallon reservoir in Lusaily alongside the existing one, which stores 120 million gallons of desalinated water," stated Al Tayer.
"Dewa is building another 120 MIG reservoir in Nakhali to increase the water flow and raise the volume of the emirate’s water reserve," he stated.
"This meets the growing demand, supports the sustainable development of Dubai, and increases the efficiency and reliability of water networks, as well as increases the water storage capacity in Dubai to 1002 MIG by 2021 compared to the current capacity of 815 MIG," he added.-TradeArabia News Service
Share