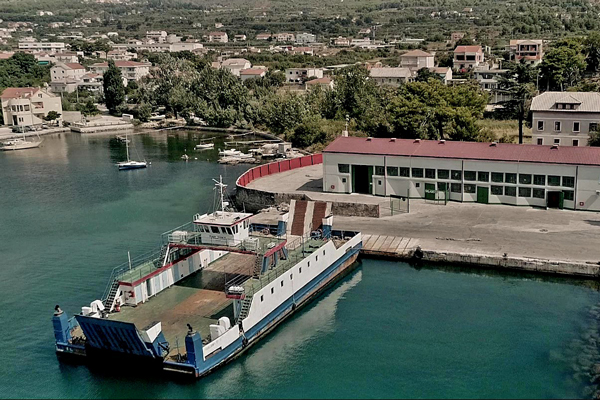 CorteCros
CorteCros, a member of the Cortec Corporation group, has acquired a new facility building in Split, Croatia, from Crosco, subsidiary of INA, a Croatian multinational oil company.
CorteCros is now the 100% owner of the logistics and distribution centre in Split, which has recently expanded its production facility and storage capacity. Split is now Europe's main production and distribution point for Cortec’s corrosion protection chemistries.
Patented VpCI Technologies licensed under Cortec Corporation are some of the most widely used and renowned corrosion protection products in the world.
Cortec Corporation has 10 locations around the globe with headquarters in St. Paul, MN.  With this acquisition in Croatia, Cortec’s CEO and owner, Boris Miksic, doubled his business in Europe: “When we started to work on the construction and logistics of the centre in Split, our goal was to position Croatia as the main strategic point in Europe for environmentally safe corrosion protection technologies. Five years later, I can proudly say that we succeeded.”
The company is supplying three continents—Europe, Asia and USA—from its facilities in Croatia. Capacities in Croatia include EcoCortec’s anticorrosion films and bioplastics plant located at the east of the country and CorteCros’s logistics and production centre near the coastal town of Split.
The company’s offices are located in Croatia’s capital, Zagreb. With this new expansion, Croatia became a strategic base for Cortec Corporation and is now a central point for the production and distribution of Cortec’s solutions in this part of the world.
Companies in the Cortec Europe group are growing continuously; CorteCros recorded 20% revenue growth despite last year’s pandemic challenges, while EcoCortec’s revenue has increased 45%.
In addition to manufacturing and testing, CorteCros provides integrated solutions and full technical support for Cortec's products and services. Newly equipped ASTM and ISO certified laboratory is also located in the logistics centre in Split.
All products are registered according to the REACH standard. CorteCros also offers a wide range of biotechnology solutions from Cortec’s Canadian subsidiary, Bionetix International, which uses a variety of microorganisms and nutrients to create biological products used in thousands of field applications worldwide.
“We are the main supplier of corrosion protection solutions for the world's largest car manufacturers: Mercedes, Volvo, Ford, Toyota and other important systems such as Bosch, IBM, General Electric, Caterpillar, Rolls Royce Group, Russian Railways, MOD, ExxonMobil, Airbus and others. The pandemic, which unfortunately had devastating effects on the whole world did not affect our business. On the contrary, we achieved growth in the past year,” says Miksic.
Miksic has invested over 20 million euros ($23.65 million) in Croatia so far and plans another expansion in the near future. “We will increase our capacities in Split and are planning to build new compounding and reprocessing plants next year, near existing EcoCortec facilities. One plant will produce Cortec's patented VpCI corrosion protection additive, which will contribute to the self-sustainability of EcoCortec while the other one will be a recycling plant. We are on [an] excellent path of branding Croatia as a central point in this part of the world for green corrosion protection technologies,” concludes Miksic.-- TradeArabia News Service
Share