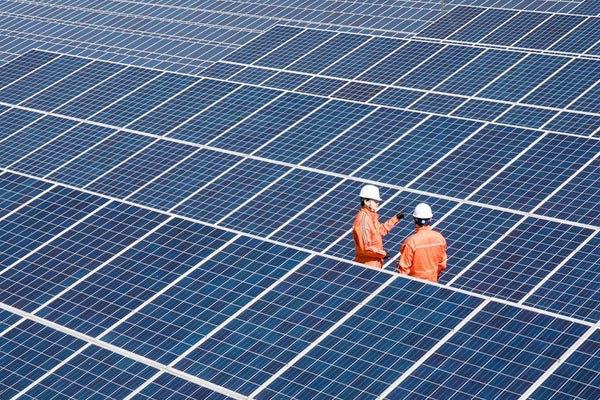 Korean companies in the solar energy sector have snapped up contracts worth AED550 million ($150 million) from the UAE and Middle East companies, indicating the growing potential for solar services and products in the Middle East and North Africa region.
These contracts were signed at the recent Korea Energy Week UAE event held in Dubai where Korean solar energy companies signed over 19 MoUs with local partners for solar products and services.
"The show’s success endorses the robust market for solar products and services in the UAE and the Mena market, where investments could reach reportedly $182.3 billion by 2025," remarked Chulwon Im, the President, Energy Valley Enterprise Development Institute (EVEDI), Korea, one of the event organisers.
The contracts signed included Korean Geum Chul Renewable Energy partnering with two companies - one from the UAE and one from Jordan for over $20 million, while Korean Aviation Light Company signed three contracts cumulatively worth $50 million with the UAE companies.
"The size of the contracts could be bigger as negotiations between Korean solar companies and potential UAE partners are yet to conclude," remarked Jeen Joshua, the director for Verifair, which organised the event along with other partners including Korea Electric Power Corporation, Korean Ministry of Trade, Industry and Energy, JeollaNamdo and Jeonnam Technopark, Korea and Interfairs Korea. The headline partner of the event was the Middle East Solar Industry Association.
Joshua pointed out that the inked contracts spanned seven Korean companies entering into MoUs with over 21 local companies, including multiple deals with the highest deal value range at $30 million upwards.-TradeArabia News Service
Share