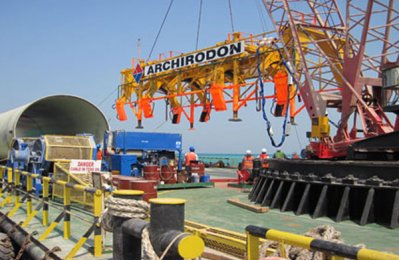 Abu Dhabi National Oil Company (Adnoc) has announced that its onshore unit has awarded a three-year engineering, procurement and construction (EPC) contract worth $173 million to Greek construction major Archirodon to unlock further production capacity at one of its largest oil fields - Asab.
The scope of work for Archirodon Construction (Overseas) Company includes boosting the handling capacity of the Asab Central Degassing Station, which serves as the central processing hub for Adnoc Onshore’s South East and Haliba fields while allowing Adnoc Onshore to support the production evaluation of nearby exploration blocks.
Announcing the contract award, Adnoc said this three-year project, awarded by Adnoc Onshore will return nearly 70% of the value of the award to the UAE’s economy under its flagship In-Country Value programme.
This work further supports the advantage of providing some of the world’s most cost-efficient, lower-carbon crude, as Adnoc continues to accelerate towards an oil production capacity of 5 million barrels per day by 2030, it added.-TradeArabia News Service
Share