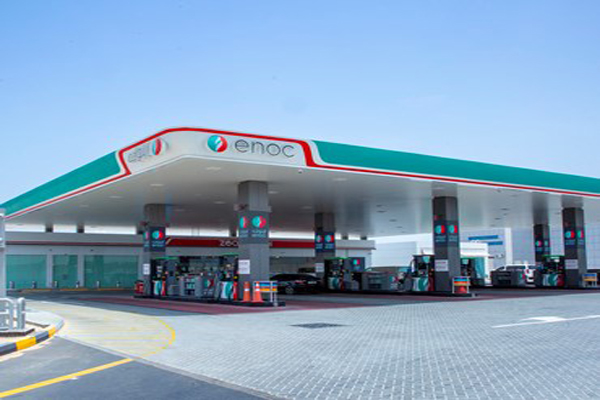 In line with its expansion plans, ENOC Group, a leading integrated energy player, has announced the opening of two new service stations in Sharjah bringing the total network in the Emirate to 20.
The new stations are strategically located to better serve the Group’s growing customer network.
Located off Cultural Square,
One of the stations is situated in Al Falaj area, which is a well-established, family-friendly community and is in close proximity to some of the most popular landmarks in the emirate including the Cultural Palace. It is also well-connected to a prominent road networks making it an ideal location.
The second station, comprising a total area of 20,500 sq ft, has been opened in Sharjah Industrial Area 12, which is a mixed-use district with commercial, industrial and residential developments. The district connects major roads including popular roads such as Sheikh Khalifa Bin Zayed Al Nahyan Road, Maliha Road and the Sharjah-Dubai (S102) highway.
The two new service stations, built in line with global best practice for the retail fuel industry, comprise full retail automation and modern construction standards. They are equipped with full CCTV surveillance and automatic number plate detection cameras to ensure the highest security standards.
Both stations feature Zoom stores, UAE’s home-grown convenience store.
Customers at all ENOC service stations, including the two newest stations in Sharjah, can also benefit from the ‘Yes’ rewards programme by earning points and rewards when paying for fuel, automotive services or for purchasing convenience store products, groceries and F&B at all stations.
With this expansion, ENOC has strengthened its fuel retail presence to 178 service stations across the UAE to date. –OGN
Share