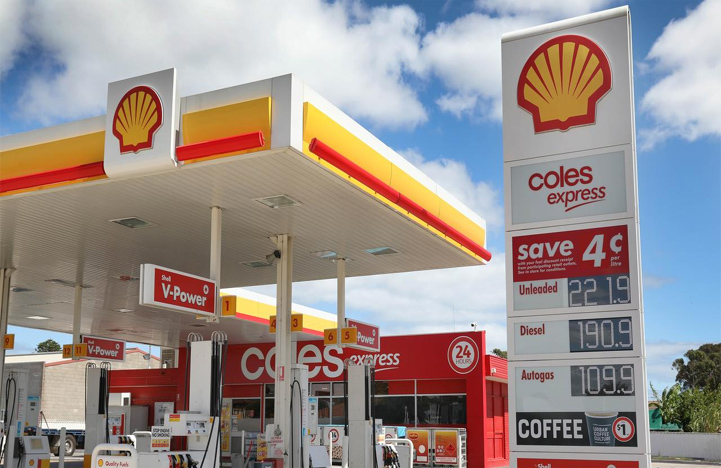 Viva Energy Group, owner of the Shell service station chain in Australia, plans to buy the convenience stores on its sites from Coles Group, giving it a bigger convenience store network than arch rival Ampol.
Viva, which also runs Australia's second-largest oil refinery, will break a long-standing lease agreement and pay the grocer A$300 million ($201 million) for the 710 Coles Express outlets on its property, the companies said in separate statements on Wednesday.
The agreed deal reflects the impact of years of fuel retail disruption on two of Australia's biggest companies. For Viva, it presents an opportunity to broaden customer engagement ahead of an expected demand recovery and transition to electric vehicles, while supermarket operator Coles gets out of a non-core business.
Fuel sales in Australia have dipped since Covid-19 restrictions kept people home, then again in 2022 when war in Ukraine sent energy prices soaring. Coles Express pre-tax profit fell 37.3 per cent to A$42 million in the year to June, Coles reported last month, citing Covid-19 and the war.
"For all fuel operators the last few years, during Covid, have been challenging times with restricted travel, and of course the Ukrainian conflict has led to a surge in energy and oil prices," Coles Chief Executive Steven Cain said in a call with journalists.
Viva, 45 per cent owned by Netherlands-based energy giant Vitol , in a statement said it expected demand for traditional fuels to remain strong "well into the next decade".
Asked about consumers' widely expected transition to electric vehicles, Viva CEO Scott Wyatt on an analyst call said "the opportunity to evolve and transform this business is as strong as ever".
Analysts backed Viva's outlook on the deal and its share price rose 5 per cent against a 1.5 per cent decline in the broader market, while Coles' shares were flat.
"This looks like a very good deal for you," Jefferies analyst Michael Simotas told Viva executives on an analyst call.
Antitrust regulator the Australian Competition and Consumer Commission, which must approve the deal, told Reuters it would "assess it carefully once we receive a submission".-Reuters
Share