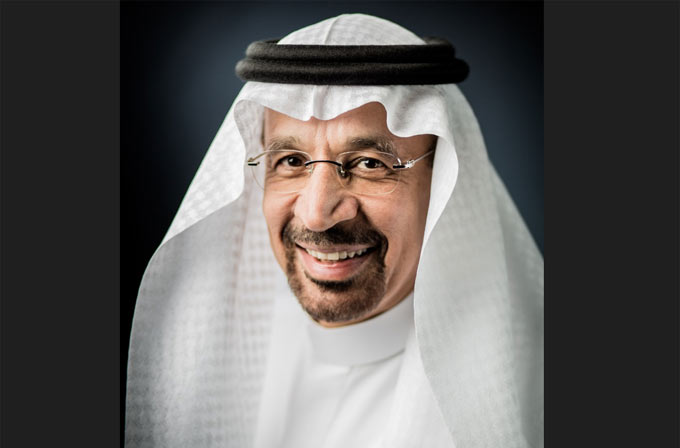 Khalid Al-Falih
The Saudi Korean Investment Forum hosted in Seoul on Thursday (November 17) witnessed the signing of 26 investment agreements and memoranda of understanding (MoUs)with a combined value of about SR112.7 billion ($30 billion).
The forum was part of the official visit by HRH Mohammed Bin Salman Al-Saud, Crown Prince and Prime Minister of the Kingdom of Saudi Arabia, to the Republic of Korea ans was hosted by the Saudi Ministry of Investment.
The forum, which was supported by leading members of the Saudi Federation of Chambers and the Korean Chambers of Commerce and Industry, was attended by Khalid Al-Falih, the Saudi Minister of Investment, Faisal Al Ibrahim, Saudi Minister of Economy & Planning, Dr Lee Chang-yang, Korea’s Minister of Trade, Industry and Energy, as well as related government entities and leading private sector companies from both countries.
The MoUs covered sectors such as chemicals and petrochemicals, green hydrogen production, auto sector, shipbuilding, pharmaceuticals and biopharma, transportation, metal casting and forging, information technology and artificial intelligence, electronic games and promotional video and music production, as well as venture investment.
Among the most important agreements signed was an engineering, procurement and construction contract awarded for S-OIL’s second phase petrochemical expansion project, Shaheen Project. It is Korea's largest refining/petrochemical plant construction contract worth SR25.5 billion ($$6.8 billion). The Shaheen Project includes the world’s largest steam cracker (ethylene 1,800KTA). Armed with cutting-edge technologies, it converts crude oil into petrochemical feedstock and polymer to further produce petrochemicals as feedstock for plastics and other synthetic materials. Construction of this project will start in 2023 and target completion is 2026.
The Saudi Public Investment Fund (PIF) has also signed two non-binding MoUs with Korean companies. The first MoU aims to develop a green hydrogen production project in the Kingdom for export purposes, building on an agreement signed in January 2022 by PIF, Samsung C&T and Posco, by adding new partners Kepco, KNOC and Kospo as potential investors and offtakers.
The second MoU is with Samsung C&T to explore the opportunities through cooperation to increase and accelerate the adoption of modular construction technology in Saudi Arabia.
Other Korean entities that signed agreements with Saudi entities during the Forum included Hyundai Rotem, Doosan, BIFIDO, Y Data & Service, the Korea Venture Investment Corporation, and Shift Up to name just a few.
Commenting on the official visit by HRH Crown Prince Mohammed Bin Salman Al-Saud to South Korea, and on the Saudi Korean relations, Al-Falih said: “The trade links between Korea and Saudi Arabia are strong and run deep, dating back to the 7th century. Today, as this historic visit takes place, the Kingdom is leading the world as the fastest growing major economy, while Korea under the leadership of President Yoon represents the world’s 10th largest economy. Driven by the private sector, Korea’s successful economy and the global positioning of so many Korean companies, which are household names, are testament to Korea’s strategy’s success. The Korean model has been a benchmark for Saudi Arabia’s Vision 2030 and National Investment Strategy, which aim to increase the private sector’s contribution to the economy to 65% of GDP by the end of this decade.
“As proud as we are of the historic links, we are now shifting our focus to the next six decades of our partnership — and beyond. The goal of the Kingdom is to grow and diversify the economy away from oil, and we’re swiftly transitioning from a solely hydrocarbon-based economy to one spearheading fuels and technologies of the future. Vision 2030 marks the transformation of the Kingdom of Saudi Arabia into a diversified, modern economy led by multiple new sectors built through innovation, technology, and partnerships around the world, including with the Republic of Korea.”
The main presentation and discussion topics of the Saudi-Korean Investment Forum included Energy and sustainability, with a panel session on ‘Future Clean Energy’. Furthermore, the Forum also discussed Saudi Arabia’s economic diversification, localization, and privatization efforts as well as manufacturing.
To expand the horizon further, the forum held discussion panels on ‘Global Projection of Supply Chain and Fostering Innovation’ and ‘Growth for Future Generations’, which set the tone for discussions on innovation, technology, and entrepreneurship.
The forum also witnessed the signing of a wide variety of Government-to-Business and Business-to-Business agreements and Memoranda of Understanding to boost mutual investments and further study and develop the potential of investment opportunities in established or newly developing sectors in the Saudi Arabia.
The Investment agreements signed during the Forum further highlight the momentum that Saudi Arabia has established as it becomes increasingly competitive on the global stage, reflecting the strong growth Saudi Arabia has seen in foreign direct investment (FDI) in recent years as the Kingdom’s economic reforms have unlocked a broad range of opportunities for international investors.
Last year net FDI growth increased by an unprecedented 257.2%, with inflows totalling almost SAR75 billion (USD $20bn) for the year – the highest they have been in 10 years. This momentum continued into 2022, with underlying inflows, excluding a major one-off transaction in 2021, growing 26% on a year-on-year basis in the first half.
According to the International Monetary Fund, Saudi Arabia is expected to be the fastest-growing G20 economy this year, due in part to sweeping pro-business reforms, with gross domestic product expected to expand by around 8 percent, the fastest growth in almost a decade. - TradeArabia News Service
Share