Yanbu 4 water project on track for commercial operations in 2023 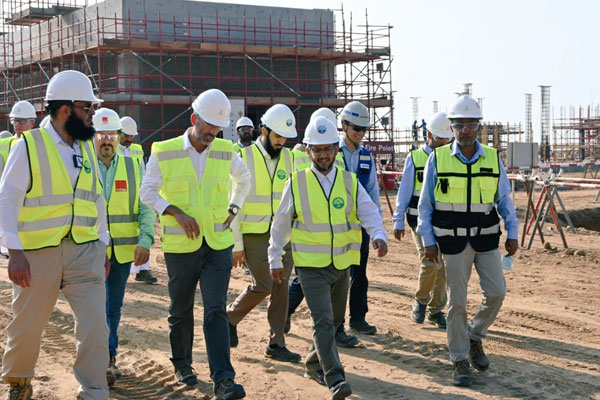 Saudi Water Partnerships Company (SWPC) has announced that steady progress is being made on the Yanbu 4 Independent Water Project - located 140 km west of Madinah, near the town of Ar Rayyis, on the Red Sea coast of the kingdom - and it is on track to launch commercial operations by Q4 next year.
Being built at an investment of SR3.1 billion ($826 million), it is the first renewable integrated, seawater reverse osmosis project in the kingdom that includes storage facilities for two operational days.
On completion, the Yanbu-4 IWP will have 450,000 cu m per day capacity of fresh water to be supplied to households in Makkah and Madinah, said a statement from SWPC.
The facility also boasts tanks with a capacity of 900,000 cu m and a 42-km-long desalinated water transmission line to transport more than 600,000 cu m per day, it stated.
The plant will include solar energy units generating 20 MW of power to reduce grid electricity consumption throughout the desalination process, as well as water storage tanks designed to maintain a capacity of two operational days, said the SWPC statement.
With the work in full swing, the Yanbu 4 facility seems all set to launch its commercial operations by Q4 next year, remarked its CEO Khaled Z AlQureshi after the inspection tour of the project site along with his project work team.
TradeArabia had earlier reported that SWPC had awarded the Yanbu 4 contract to a consortium led by French energy major Engie (40%) along with its Saudi partners Nesma (30%) and Mowah (30%) after submitting a successful bid with tariff of SR1.7446 halalas per cu m of produced water.
To be developed under a build-own-operate contract by SWPC, the plant will be operated and maintained by Engie with a concession term of 25 years.
A strategic project for the Saudi region, the Yanbu Phase 4 project has several leading global industry experts in the advisory role.
Sumitomo Mitsui Banking Corporation (DIFC) is the lead and financial advisor for the transaction, DLA Piper Middle East the legal advisor and ILF Consulting Engineers the technical advisor.-TradeArabia News Service
Share