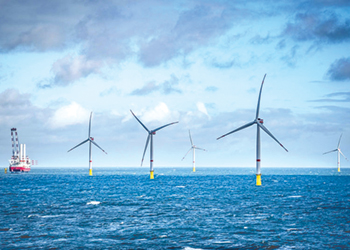 Trump administration infighting is holding up approval of the first major US offshore wind energy project, with agencies sparring over whether the proposal does enough to protect the fishing industry, according to interviews and agency documents.

The delays are a setback to President Donald Trump’s efforts to fast-track big energy infrastructure projects and could threaten the administration’s plans to launch a promising new domestic industry.

How the problem is resolved will shape the regulatory blueprint for a growing list of offshore wind developers seeking to tap in to rising US demand for renewable energy, but who face objections from fishermen worried the turbines will affect commercial species or make fishing more difficult.

The Trump administration has sought to fire up development of the nascent offshore wind industry by streamlining permitting and carving out areas off the coast for leasing - part of its policy to boost domestic energy production and jobs.

Vineyard Wind, a joint venture between Copenhagen Infrastructure Partners and Avangrid, was scheduled to begin construction this year 14 miles (23 km) off the coast of Massachusetts to power more than 400,000 homes by 2021 - making it the first large-scale offshore wind development in the United States.

But a federal environmental study crucial to its permitting has been repeatedly delayed since April, according to published government timelines, without any public explanation from Trump administration officials. Vineyard Wind has said the delays could threaten the project’s viability.