After decade of upswing US shale sees slowdown in 2020 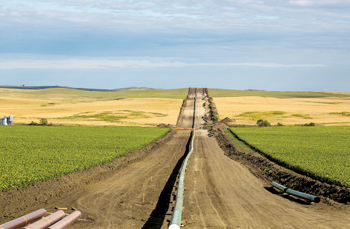 US will cut down on shale production.

Vastly slower US oil growth this year and the prospect of a plateau for the world’s top oil producer have signaled a new and unfamiliar era of self-restraint for the go-go shale industry.

Spending cuts and production declines common to shale wells mean US output growth is expected to brake from 2019’s pace that pushed domestic production past 13 million barrels per day (bpd). Some analyst forecasts for next year call for growth to slow, potentially to a rate of just 100,000 new bpd.

Over the latest decade, the shale revolution turned the US into the world’s largest crude producer and a force in energy exports. Yet the revolution did not translate to higher stock prices. The S&P 500 Energy sector only gained 6 per cent for the decade, far less than the 180 per cent return for the broader stock market.

The decade-long oil expansion failed to boost profits, which has discouraged investors. The shale industry was squeezed by an OPEC price war that began in 2014, sending US crude prices below $30 per barrel at one point.

Production temporarily slowed, but accelerated into the end of the decade as companies cut costs and grew more efficient. Now, with investor returns flagging, the industry no longer believes in drilling its way to success even at higher prices.

The shale producer’s spending next year will drop about 15 per cent and will not rise even if oil prices do, instead using higher returns to pay down debt, he said.

“We had to be a competitive and profitable business, not just recover resource at all cost,” said Gallagher of the industry’s shift in thinking. Parsley started paying a quarterly dividend for the first time in September.

Analysts currently expect US crude oil to average around $58 per barrel in 2020, which would represent a modest pullback from current levels.

Yet even if oil prices were to remain above $60 a barrel next year, analysts say it will not spur another production spurt because of the pressure for returns. Despite US and international crude prices gaining 26 per cent and 26 per cent, respectively, the S&P 500 Energy Index rose less than 8 per cent in 2019.

“Our view is that (rapid growth) is kind of over,” said Raoul LeBlanc, an energy analyst with consultancy IHS Markit. Because oil output from shale drops off quickly, wells require constant, costly drilling to keep production levels steady.

In Texas, home of the Permian Basin shale field, the finishing touches to coax a well to produce, called completions, fell 16 per cent though November, according to the state’s energy regulator. Hiring in the Permian also dropped sharply in late 2019, according to career website LinkedIn.

“In 50 years of investment in oil and gas investment that has never been seen before,” Waterous said at a December investment conference in Houston.

US producers are “still going to need another year or two to get free cash flow yields up to levels that are competitive,” said Rob Thummel, portfolio manager at Tortoise Capital, which owns shares in shale producers’ Concho Resources, Diamondback Energy and Pioneer Natural Resources Company.

After decade of upswing US shale sees slowdown in 2020