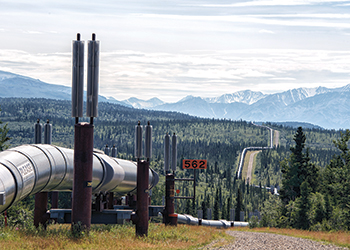 Global oil supplies may be 6 per cent less than expected by 2030 because of delays to investments by energy companies in response to falling crude prices due to the coronavirus crisis, data from energy analysts at Rystad showed.

Oil and gas companies across the world have slashed investment budgets, exiting projects or delaying bringing them onstream to counter a fall in crude prices to record lows due to a supply glut as the coronavirus outbreak destroyed demand.

Delayed final investment decisions (FID) for projects which take years to come on stream are already expected to shrink global supply of oil and gas by 5.6 per cent by 2025, with the majority of the revisions coming from shale oil, mostly found in the United States, Rystad said.

Continental Resources, the largest oil producer in North Dakota has halted most of its production in the US state and notified some customers it would not supply crude after prices dived into negative territory this week, people familiar with the matter said.

All this leaves the global oil and gas supply on track to drop off by 6.3 per cent by 2030 compared with what was expected before the price crash, the Rystad data showed.

It estimates that $195 billion worth of non-shale projects are being delayed, most of which are gas and gas condensate field developments. Geographically the biggest slump is in the Middle East in that group.

That compares with around 50 projects tapping reserves of over 50 million barrels of oil equivalent each which had been pencilled in for a final investment decision this year before oil prices plummeted, according to Woodmac.

"2020 was also set to be the record high year for LNG developments. The price crash and dip in global LNG demand delays FID of 7 LNG plants globally," Rystad analysts said in their report.

Royal Dutch Shell even went so far as to completely exit its major Lake Charles LNG in the United States.