RIYADH: Arabian Drilling, a Saudi oilfield-services company partly held by Schlumberger, is preparing an initial public offering that could give it a valuation of around $2 billion, a Bloomberg report said.

The firm, also owned by Saudi Arabia’s Industrialization & Energy Services Company (Taqa), has asked banks to pitch for a role on the potential share sale, the people said, asking not to be identified as the information is private.

The discussions about a deal comes as Aramco and other national oil firms in the Middle East step up plans to raise billions of dollars from foreign investors, including through asset sales and IPOs. Abu Dhabi National Oil Co. is considering a listing of its drilling business, which could raise more than $1 billion if it goes ahead.

Riyadh has been the busiest IPO market in the Middle East. That trend is set to continue with new offerings planned, thanks in part to the country’s economic recovery following last year’s coronavirus lockdowns and crash in oil prices.

KUWAIT: Petrofac said that its Clean Fuels Project for Kuwait National Petroleum Company (KNPC) has achieved a further significant milestone, with the safe and successful commissioning of Hydrocracker Unit 214 at Mina Abdullah Refinery.

This is the second largest hydrocracker unit in Kuwait. It is licensed with a feed processing capacity of 50,000 barrels per stream day (BPSD) and will upgrade heavy gas oil fractions into lighter products through a hydro-cracking process using catalyst and hydrogen. This will enable the production of Kuwait’s new generation of ultra-low Sulphur fuel products, including Euro 5 Diesel, Kerosene and Jet Fuel, Naphtha and LPG. Petrofac is leading a joint venture partnership with Samsung Engineering and CB&I Nederland (now McDermott International).

Prashant Bokil, JV Project Director, said: "We have progressively continued the commissioning and handover of each unit and the Hydrocracker is another important milestone for this mega project. Thank you to everyone involved, we are focused on safely delivering the remaining work ahead and completing the project to the full satisfaction of our client KNPC."

The Clean Fuels Project, Mina Abdullah Refinery has a total of 12 new process units from five licensors, inter-refinery transfer lines and interconnecting pipe rack. Seven of the units, along with associated flares, have now been commissioned, with the Vacuum Rerun (VRU) Unit 213 currently under commissioning and the remaining four units (HCR-114, ARDS-212 and 112 and CCR-127) in advanced stages of pre-commissioning.

Karbala refinery to start in Sept 2022

DUBAI: Iraqi Oil Minister Ihsan Abdul Jabbar said on Sunday a refinery under construction in Karbala, south of Baghdad, should come on stream in September 2022. When when fully completed, the refinery would enable Iraq to phase out 90 per cent of the oil products it currently has to import. 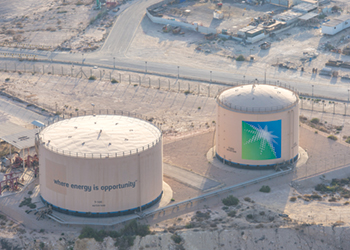