GCC producers ‘are better placed in a cleaner world' 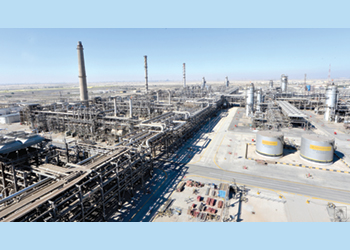 In a situation where fossil fuel producers are forced to reduce carbon emissions, it will be the producers that have the lowest cost that stand a chance to benefit

In a world that’s moving toward ambitious net-zero goals, oil producers will have to find a niche to stay profitable or in a worst-case scenario to stay afloat.

Many oil majors are under heavy pressure from investors and environment champions to reduce carbon emissions, forcing them to reshape their businesses. Whether oil can be dumped altogether or its production cut down, is a debate that is going to rage on.

However, in a situation where fossil fuel producers finally do bite the bullet, it will be the producers that have the lowest cost that will stand a chance to benefit.

If that’s the case, GCC’s national oil companies (NOCs) and state-owned players in the energy sector will be better placed than most global peers to weather the increasing and accelerating impact of the energy transition, says Rawan Oueidat, Associate Director, S&P Global Ratings.

These players are backed up by factors such as large and abundant reserves, good cash flow visibility, and attractive cost-competitive profiles.

Regional NOCs do realise the sector’s environmental impact with countries in the region have committed to reduce GHG emissions in line with the Paris Agreement. And from this perspective as well, regional energy players are already better positioned than most global peers, even low-cost players such as those in Russia.

The GCC benefits from low-intensity gas-based feedstock like methane and ethane for downstream production with very low lifting costs. So it also depends on the approach adopted to meet emission reduction goals.

There is effort to embed environmental, social, and governance (ESG) and sustainability initiatives into corporate strategy.

These includes initiatives like achieving zero flaring by 2030 and carbon-intensity reduction, in addition to carbon capture methods.

For example, the UAE’s Abu Dhabi National Oil Company (Adnoc) is studying the feasibility of producing blue hydrogen and hydrogen carrier fuels by 2025.

Meanwhile, Aramco of Saudi Arabia plans to invest in blue hydrogen, with ramp up expected in 2030.

In Qatar, Qatar Petroleum (QP) has committed to reduce routine gas natural flaring to zero by 2030.

On the other hand, key chemical players like SABIC are contributing to efforts in the circular economy and reduction of single use plastics.

However, the sense of urgency to accelerate this is modest for now, especially in comparison to global players, which are facing shareholder activism and requirements to increase transparency on climate disclosures.

To successfully adapt to a carbon-constrained economy, GCC companies will need to rethink their strategic positioning, which requires effective boards with members sufficiently skilled in sustainability.

This is contrary to an increasing global trend of companies building climate or ESG skills at board level and setting up dedicated committees.

Companies that do so are likely better positioned to continue operating sustainably going forward.

S&P data also shows the capital markets in the GCC energy sector yet to see any risk from ESG and the energy transition.

Oueidat says it is unlikely that stakeholders will exert as much pressure on GCC energy companies as listed players in Europe or North America, at least, in the short to medium term.

This gives NOCs in the GCC more time to manage the transition and implement strategic changes.

When it comes to governance, a key element for the assessment of any corporate entity's credit quality, GCC-based companies remain below international best practices despite some improvement over the past decade.

But with the GCC continuing to import capital, conditions imposed by institutional investors are likely to strengthen governance practices, financial transparency, and sustainability reporting.

Since most NOCs are government-related entities (GREs), therefore, the importance of these companies to their respective sovereigns, and the ability to execute mega projects on track, are somewhat balanced by limited disclosure and communication to capital market participants.

In conclusion, despite the fact that regional NOCs remain better positioned for now and are less exposed to immediate pressures, they aren’t immune from sector trends.

GCC producers ‘are better placed in a cleaner world'