Oil under pressure as release of reserves eyed 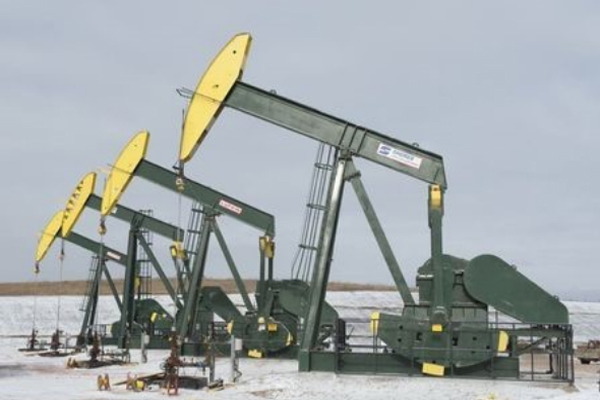 Oil prices came off seven-week lows on Monday but remained under pressure after Japan said it was weighing releasing oil reserves and as the Covid-19 situation in Europe worsened, raising concerns about both oversupply and weak demand.
Brent lost 26 cents, or 0.3 per cent, to $78.63 a barrel as of 0725 GMT and US West Texas Intermediate (WTI) crude futures were down 12 cents, or 0.2 per cent, at $75.82 a barrel.
The market is in a state of flux as strategic petroleum reserves (SPR) releases are not fully priced in yet, said an oil trader in Singapore.
WTI and Brent prices hit their lowest since Oct. 1 earlier in the session. They slumped around 3 per cent on Friday, declining for the fourth straight week for the first time since March 2020.
Japanese Prime Minister Fumio Kishida signalled on Saturday he was ready to help combat soaring oil prices following a request from the United States to release oil from its emergency stockpile, in an unprecedented move.
Tokyo is exploring ways to bypass a law which permits the release of oil reserves only in cases of supply shortage or natural disasters.
The White House on Friday pressed the Opec producer group again to maintain adequate global supply, days after US discussions with some of the world's biggest economies over potentially releasing oil from strategic reserves to quell high energy prices.
The combined SPR release could be 100 million to 120 million barrels or even higher, Citi analysts said in a note dated Nov. 19. This includes 45 million to 60 million barrels from the United States, about 30 million barrels from China, 5 million barrels from India and 10 million barrels each from Japan and South Korea, the bank estimated.
"If released over December and January, this could mean looser markets by some 1.5-2.0-m b/d. This would be against the backdrop of expected stock draws of 2.8-m b/d in Dec’21 and 0.5-m b/d in Jan’22 without any SPR release," Citi said.
Further weighing on prices was possible renewed lockdowns in Europe as Covid-19 cases surged again. Germany warned on Friday it may need to move to a full lockdown after Austria said it would reimpose strict measures to tackle rising infections.
The worsening Europe Covid-19 situation and profit-taking among investors towards year-end added to uncertainties in the market, the trader said.
"Profit taking has turned into a rout on prices," he said, adding that prices are likely to go sideways until January before heading higher.
Money managers cut their net long US crude futures and options positions in the week to Nov. 16, the US Commodity Futures Trading Commission said on Friday.
Investors were also watching developments in the Middle East after Saudi state media reported early on Monday the Saudi-led coalition fighting the Iran-backed Houthi movement in Yemen said it detected indications of an imminent danger to navigation and global trade south of the Red Sea. --Reuters
Share