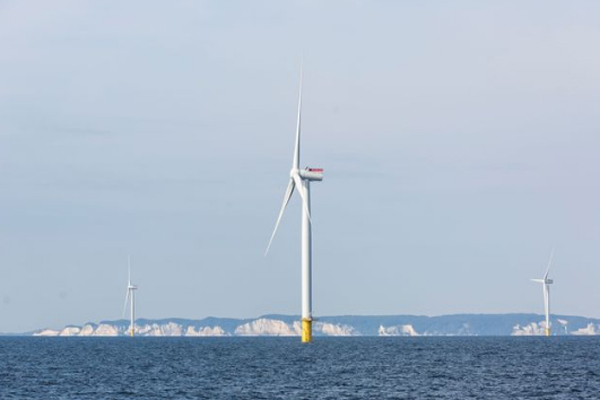 Denmark will hold a lottery on Dec. 1 to pick the winner of a contest to build the 1 gigawatt Thor offshore wind farm, which will be the country's largest, after several bids were made at a minimum subsidy price close to zero, it said on Thursday.
The project is one of three large offshore wind farms Denmark aims to have built before 2030 as part of its plans to reduce carbon emissions to 70 per cent below 1990 levels by 2030.
The Danish Energy Agency said it was inviting a number of bidders to participate in the draw, after it received several offers for the minimum price of 0.01 øre/kWh (0.0001 Danish crowns) and the full capacity.
The tender is based on a so-called contract for difference (CfD) scheme, meaning the winner is guaranteed a minimum price for its electricity.
When the wholesale power price rises above the CfD strike price, which is close to zero in this case, the generator will pay back extra cash to the government until a 2.8 billion Danish crowns ($423 million) cap is met.
This is likely to happen within two to three years and afterwards the generator will only make money on selling power at market conditions, according to Danish wind lobby group WindDenmark.
Surging demand for wind power, technological progress and competition among turbine makers has driven down the level of subsidies governments pay to get projects built. Some countries have even awarded tenders without price support.
The Danish project has drawn interest from traditional wind players like Orsted and firms such as French oil major TotalEnergies, which teamed up with Spain's Iberdrola for the auction.
Other bidders include Sweden's Vattenfall, a joint venture between Dutch energy company Eneco and Danish European Energy, as well as a joint bid from British utility SSE and Thor OFW. Germany's RWE is also participating via a subsidiary.
Thor is expected to be connected to the grid between 2025 and 2027 and total investment costs are estimated at 15.5 billion crowns.
The head of Siemens Gamesa warned on Wednesday a decade-long race to bring down the cost of generating wind power could not continue, as it would reduce the financial muscle of turbine producers to continue investing in new technologies. --Reuters
Share