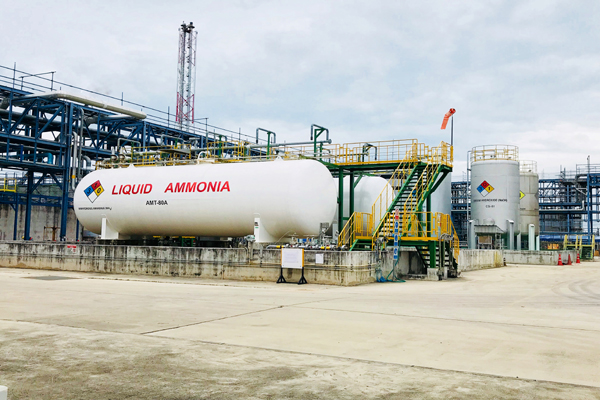 The Global Centre for Maritime Decarbonisation (GCMD) has awarded its ammonia bunkering safety study in Singapore to a DNV-led consortium aimed at accelerating the shipping industry's decarbonisation efforts, the Centre said in a statement on Wednesday.
"A precursor to the demonstration of ammonia bunkering in Singapore, the intent of this study is to define a robust set of safety guidelines and operational envelopes that will establish the basis of a regulatory sandbox for trials at two local bunkering sites," the Centre said.
"We have chosen to commission this study in Singapore; with Singapore being a population dense island nation and a major bunkering hub, the stringent guidelines developed in this study will likely be extensible to ports elsewhere," said GCMD Chief Executive Lynn Loo.
The shipping industry is examining a range of technologies as it looks to meet an International Maritime Organization target of a 50 per cent reduction in overall greenhouse gas emissions from 2008 levels by 2050.
In addition to ammonia, other low or zero-carbon marine fuels that may help the industry meet its decarbonisation targets include liquefied natural gas, methanol, biofuels and hydrogen.
"GCMD has chosen to look at ammonia bunkering as its first project because ammonia is among the most energy-efficient green fuels to be produced," said Loo.
This study will build on guidelines that have been developed for safe handling of ammonia as a commodity by defining and then integrating or overlaying the guidelines required for safe handling ammonia as a bunker fuel, the GCMD statement said.
The Centre was formed in August 2021 with funding from Singapore's Maritime and Port Authority and six founding industry partners with the aim of helping the maritime industry eliminate greenhouse gas emissions.
DNV will partner with Singapore's Surbana Jurong and the Singapore Maritime Academy (SMA) for the study which commences in February 2022 and is expected to take 10 to 12 months to complete. --Reuters
Share