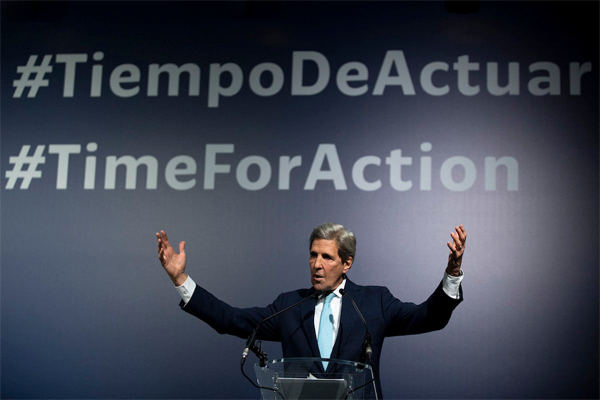 The world's richest nations must implement their promises to keep alive a global goal to avoid the worst impacts of climate change, US climate envoy John Kerry told Reuters.
Kerry said progress was vital as Egypt prepares to host the next round of UN climate talks, known as COP27, in November in Sharm el-Sheikh.
For the meeting to be a success, the 20 richest nations accounting for 65 per cent of global gross domestic product (GDP) must stay committed to limiting global warming to 1.5 degrees Celsius, as they did at last year's UN summit in Glasgow, he said.
"That is critical," Kerry said in an interview. "Those 20 countries account for 80 per cent of all (greenhouse gas) emissions. If those countries move, we solve the problem."
Some progress is being made but not enough, and changes also need to happen more quickly, he said.
"There's a lot happening, many people pursuing new technologies or many people investing," he said, speaking a day after meeting Norwegian officials.
"But we need to be working faster at the government level to be organising ourselves so that there are more bankable deals, so that there is a place for money to invest, and that takes some coordination between government and the private sector."
Addressing global crises such as the Covid-19 pandemic and the war in Ukraine have taken some focus away from efforts to combat climate change, Kerry said.
At the same time, "it underscores the imperative of being energy independent and for not being a hostage to gas, a fossil fuel held by somebody who is ready to weaponise that fuel", he said referring to Russian President Vladimir Putin.
"No country should be dependent that way. Nobody has to be (with renewables)," he said. --Reuters
Share