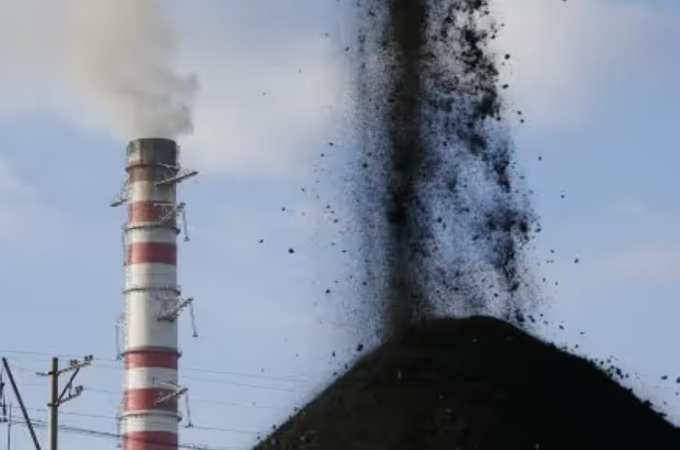 The global thermal coal market has returned to where it was before Russia's attack on Ukraine, with prices for most seaborne grades dropping back to pre-invasion levels while volumes remain steady.
Seaborne thermal coal prices spiked after the February 24 assault on Ukraine, reaching record highs amid concerns over the loss of exports from Russia and Ukraine, as well as higher demand in Europe on fears of a shortage of natural gas for power generation.
But the most-traded grades from top exporters Australia, Indonesia and South Africa have in recent weeks fallen below, or dropped close to, the pre-invasion levels.
Seaborne thermal coal volumes have also steadied in recent months, even if there has been a small realignment of flows toward Europe and away from Asia.
The exception to the return to normality is high-energy Australian thermal coal shipped from Newcastle, but while this remains a widely-watched grade in the media, it only covers a tiny part of the market and is focused on buyers mainly in Japan.
The Newcastle Weekly Index for Australian coal with an energy content of 6,000 kilocalories per kilogram (kcal/kg), as assessed by commodity price reporting agency Argus, ended at $352.66 a tonne in the week to November 25.
This was a second straight weekly gain, and the price is now 14 per cent above the $308.61 a tonne in the week to November 11, which had been the lowest since April.
However, even this grade is 20 per cent below its record high of $442.89 a tonne in the seven days to September 9, showing that fears of a winter coal shortage in Japan have eased.
The more important Australian thermal coal price is for 5,500 kcal/kg Newcastle coal, which is purchased by a wide range of buyers in Asia, including India and Vietnam.
This measure ended on Nov. 25 at $136.47 a tonne, little changed from the prior week's $136.04, which was the lowest since January 14 and below the $155.43 on Febraury 18, the last weekly assessment prior to the Russian invasion of Ukraine, which Moscow terms a "special military operation."
The grade is also down 52 per cent from its record high of $284.20 a tonne, reached in the week to March 11.
Indonesian thermal coal is popular with buyers in China, the world's biggest importer, and India, the second-largest, as it tends to be cheaper than other grades, even though it's lower energy.
Indonesian 4,200 kcal/kg coal ended last week at $87.12 a tonne, up slightly from $86.94 the prior week.
It is above the $76.50 a tonne that prevailed in the week prior to Russia's invasion, but is down 28 per cent from its record high of $120.86 reached in the week to March 11.
South African thermal coal with an energy content of 6,000 kcal/kg ended at $216.55 a tonne on November 25, a touch above the $211.15 in the week to February 18, but also 49 per cent below the peak of $427.57 in the week to March 11.
South African coal was boosted by demand out of Europe, with utilities there willing to pay more to secure cargoes, resulting in a shift in flows away from Asian buyers, mainly in India.
MORE COAL SHIPPED
It is not only the prices that are showing a return to levels similar to those prevailing before Russia's attack on Ukraine, volumes have steadied as well.
Seaborne thermal coal exports had risen over the northern summer, reaching a 32-month high of 85.11 million tonnes in June, according to data compiled by commodity consultants Kpler.
This was well above the 78.81 million tonnes from June 2021, and Kpler data shows that monthly exports of seaborne thermal coal have exceeded the same month in the prior year since March this year.
This has been driven by an increase in exports to Europe, which surged after the invasion, reaching 9.83 million tonnes in April, the highest since October 2018, according to Kpler.
They have since moderated somewhat, dropping to 7.85 million tonnes in October, which was only slightly above the 7.27 million from October 2021.
Exports to Asia have been largely steady in recent months compared to 2021, with October seeing 69.12 million tonnes, much the same as the 69.0 from the same month last year.
Overall, the message from the data is that fears of a widespread disruption of the global seaborne thermal coal market have largely not materialised.
Russia's exports of thermal coal have actually been higher in recent months when compared to 2021, although there has been some realignment of flows, with European Union buyers moving away from Russian cargoes, but Asian buyers lifting imports. -Reuters
Share