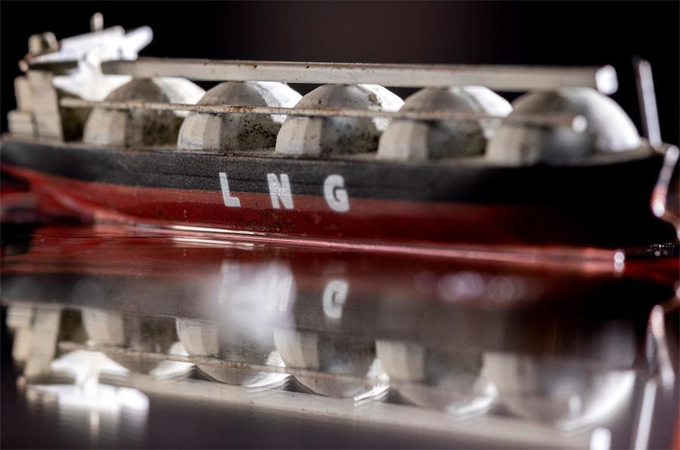 India will receive its first cargo from Indonesia's Tangguh liquefied natural gas (LNG) plant at the Dahej terminal on Monday, according to a Refinitiv analyst and Refinitiv ship tracking data.
The LNG cargo is being transported by the BW Helios tanker, said Olumide Ajayi, senior LNG analyst at Refinitiv.
"The vessel which had been acting as a floating storage since it lifted the cargo in mid-September is currently on a term charter to British oil major BP and is due to arrive at state-owned Petronet's Dahej terminal on November 28," he said.
The BW Helios picked up the cargo of 132,000 cu m at the Tangguh LNG loading facility on Sept. 18, according to Refinitiv data, and has a discharge date of November 28.
Ajayi added that the shipment was unusual as Indonesian LNG cargoes are typically exported to north Asia, and that India receives LNG cargoes from Qatar, Oman and the UAE.
Japan, China and Korea are key LNG consumers in north Asia, but high inventories and muted spot demand in the region have weighed on Asia spot LNG prices in recent weeks.
Operated by BP, the Tangguh LNG plant is in Indonesia's West Papua province and began production in 2009. Its output capacity is 7.6 million tonnes of LNG per annum (mtpa) from two existing trains.
BP did not immediately respond to a request for comment.
A third train is expected to come on stream in March 2023, officials at Indonesian upstream regulator SKK Migas said in July, which will bring the plant's total production capacity to 11.4 mtpa.
Train-3 however has faced several delays from an initial planned start in the third quarter of 2020 due to natural disasters delaying shipments of required construction material and Covid-19 restrictions. -Reuters
Share